KANATA-CARLETON – The Conservative leader dropped by Carp yesterday (Sept. 13) while the riding’s Liberal candidate is being questioned about her use of city resources during the campaign in today’s (Sept. 14) 44th federal election campaign update.

Erin O’Toole was in Carp yesterday for a campaign stop to help boost Kanata-Carleton Conservative candidate Jennifer McAndrew’s profile in what is considered to be a hotly contested riding in a battle with Liberal candidate Jenna Sudds.

Sitting MP, Liberal Karen McCrimmon, announced early last August she would not be seeking re-election in 2021 meaning the riding will have a brand new MP no matter who wins the election.

O’Toole’s Carp visit focused on the Conservative proposal for childcare and young families.

The platform includes options that allow new parents to be able earn up to $1,000 a month without penalties to their EI maternity or parental leave benefits.

Many lower-income parents can’t afford the reduced earnings of EI benefits for the full one-year period of parental leave. This would provide a “more compassionate EI” that would allow parents to keep a foot in the job market while on parental leave, O’Toole said.

He also pledged to expand the Canada Child Benefit by allowing benefits to begin at the seventh month of pregnancy, rather than at childbirth. This will be much more practical for parents as they equip themselves for the arrival of a baby, he said.

The Conservatives would also create a national adoption strategy that will include more generous benefits for adoptive parents, making them eligible for an extra 15 weeks of EI benefits. The plan would increase the Adoption Expense Tax Credit from $15,000 to $20,000.

“This program is about helping families prepare for a family,” O’Toole said.

The campaign stop was held just off Carp Road with the Conservatives bringing in a bouncy castle and children’s toys as several parents and young families listened in along with the invited media.

“I grew up in the suburbs,” O’Toole said. “My neighbours were auto workers. My dad worked for General Motors. When Mr. Trudeau was partying, and we have all seen the photos, I was doing search and rescue missions in the military. Every Canadian has met a Justin Trudeau in their lives. Privileged, entitled and always looked out for No. 1.”

Sudds released a brief statement about the campaign stop on social media.

Green Party candidate Jennifer Purdy said the Conservative promises are a “step in the right direction,” but the Green party is going farther with a plan the would make both child care and early learning for children universal, accessible and affordable, along with free pharmacare and dental care. The Green plan has not been costed.

KANATA-CARLETON – Kanata-Carleton Liberal candidate and City of Ottawa deputy mayor Jenna Sudds’ use of her city email list in an Aug. 27 mailout is okay according to the city clerk, despite her rivals’ concerns over Sudds’ use of city resources.

Rick Chase, the official agent for Conservative candidate Jennifer McAndrew, wrote to city officials about his concerns of Sudds’ use of her city contact list to email federal voters during her election campaign on Aug. 27.

““Any communications using her name to constituents (especially highlighting accomplishments) should be considered a federal campaign activity, and not allowed,” Chase wrote in his email.

The email sent by Sudds to residents of her city ward used her city email address but was designed with her own personal branding and directed readers to links to her personal election campaign website rather than the city website.”

A resident of the Kanata-North Ward is also on record as filing a complaint with the city saying the email was a “blatant abuse of her city office and her office staff.”

Ottawa’s election resources policy created in 2013 states “at no time shall corporate resources and/or Members’ budgets be used to sponsor or produce any campaign-related materials.”

City of Ottawa city clerk Rick O’Connor dismissed the complain based on the fact that despite being on leave, Sudds is still a city councillor.

“As such, Coun. Sudds remains the elected representative for Ward 4 – Kanata North and is permitted to continue to communicate with and serve her residents,” O’Conner released in a statement.

“All actions to date have been proper and devoid of any conflict,” campaign manager Jordan Collacutt released in a statement on the issue.

McAndrew’s camp says they will take their concerns to Elections Canada, to have the cost of the city resources used be considered as an election expense.

“I emailed Jenna Sudds discreetly about this situation and perceived violation and received a response from the city clerk – he had no concern,” Purdy released in a statement this morning. “If misuse of public resources is a concern, why is there a rule governing staff but not councillors? Staff are not as likely to benefit as significantly with an unfair playing field in times of election, as are councillors. Just because there isn’t a regulation doesn’t mean it isn’t wrong. It would appear the City of Ottawa needs an ethics policy (I couldn’t find one). And from this situation, education and training for all involved. This situation is troubling but it reveals an opportunity for organizational improvement.” 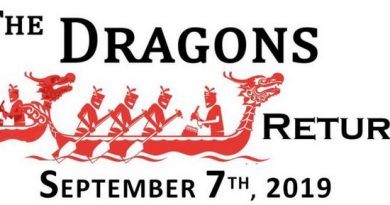 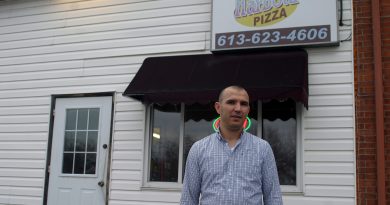