WEST CARLETON – It was a day for golf, but hockey was on the mind.

Last Saturday (July 27) the West Carleton Inferno Jr. C Hockey Club hosted their inaugural golf scramble fundraiser held at Carp’s Irish Hills Golf and Country Club. It was full of golfers, many with junior hockey backgrounds. It was a day of fun with a Ford F150 on the line as the hole in one prize courtesy Kanata Ford.

Golf was followed up with a roast beef dinner and live entertainment at the Ridge Rock Brewing Company.

West Carleton Online dropped by early and missed all that. We only wanted to talk hockey. While watching the putting contest – on the line was a flat of beer –we did just that with Inferno general manager and team owner John Miolta.

Last year was the team’s first, and it unfolded like a lot of first-year hockey teams. It was a struggle to score goals and get wins. In 36 National Capital Junior Hockey League (NCJHL) games the Inferno won two, lost 31 and tied three.

The team scored a league worst 55 goals, 50 less then the second lowest-scoring team in the league. The team allowed 185 goals. The Inferno will be looking to improve all those numbers in year two.

“We’re getting ready for the season,” Miolta told West Carleton Online. “We’re going to have our conditioning camp the next four Mondays in Beckwith Township. It will be a good warm-up with a high intensity scrimmage.”

The team is still working out the final details of the management team, but Miolta hopes to have some returning staff and to expand the front office as well.

“We’re looking at getting a little extra help this year,” Miolta said.

But right now, the general manager is looking at finding some midget and junior A players and prospects.

“The conditioning sessions are an opportunity for them to get on the ice and get ready for some try-outs,” Miolta said. “Not just our try-outs but all try-outs.”

The NCJHL Showcase is scheduled for Saturday, Sept. 21 and until then, Miolta will be doing his general manager job.

Summer conditions skates remaining will be held Aug. 5, 12 and 19, from 7 p.m. to 8 p.m. at the Beckwith Recreation Complex in Carleton Place. They are open to all free agent hockey players born between 1999 and 2003. Players signed to another junior club roster must have a release or permission to participate.

For more information on the Inferno and try-outs, click here. 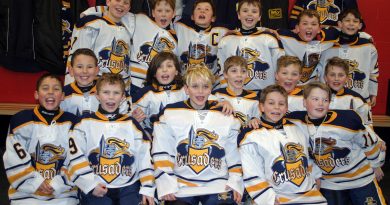 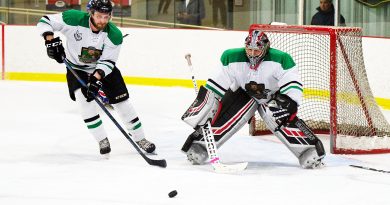 Ecology Ottawa giving away trees May 24 in Corkery