FITZROY HARBOUR – Just a beautiful, unseasonably warm Saturday (Nov. 26) morning, the perfect day to hang out, go for a walk and clean up the neighbourhood.

And that’s exactly what Harbour pals Gavin Schofield-Walsh and Eli Rouleau were doing when the West Carleton Online mobile unit cruised past them on the way to the Bethel-St. Andrew’s Christmas Bazaar (more on that later) this morning.

The two 12-year-olds were out and about chatting and picking up garbage along the sidewalks and street. They had a garbage picker and a couple of garbage bags, one almost filled. We of course, had to pull over to chat with them.

“We do it every couple of months,” Gavin said. “Sometimes we go to the store and make a little money but mostly do it to help clean up the town.”

The two youth attend St. Michael’s Catholic School and say they have been doing the work quietly for roughly a year. They weren’t seeking attention, but we found them and are honouring their good deed and hard work anyway.

Usually, they pick up trash until they have filled the two bags.

They have learned over time Saturdays are good times to find trash and empties. The two friends just pick a time they are available and that’s sometimes mornings, afternoons or evenings. Eli noted Friday nights seem to produce a few more empties than other times of the week. 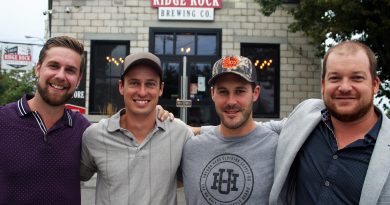 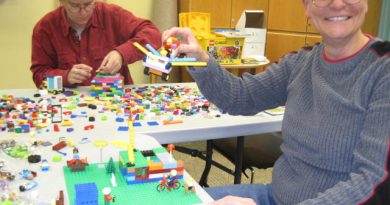