FITZROY HARBOUR – After two years of trying, the Fitzroy Harbour Community Association (FHCA) finally got their annual general meeting in.

The 2020 AGM was cancelled as the onset of the global COVID-19 pandemic was just getting underway. The FHCA rescheduled for fall with the plan to hold the AGM outdoors, but once again tighter COVID-19 restrictions canceled that.

So, the executive decided to go online and held their AGM virtually last night (March 11). The idea worked as around 20 people attended the meeting including the FHCA executive, community members, Coun. Eli El-Chantiry, Ward 5 constituency office staffer Lisa Anderson and the local media.

There was a much larger turnout than previous AGMs held in person as the Fitzroy Harbour Community Centre. The FHCA was also able to welcome a number of new executive members.

The AGM was the biggest event the FHCA was able to hold in the age of COVID-19.

Over the last year “all programs were cancelled except for some small casual use of the ball diamonds and soccer fields,” FHCA President Karen Taylor said. “Some groups made donations to the FHCA, but there have not been formal activities whatsoever.”

The FHCA did put ice in the outdoor rink and had a skating season – but it was unsupervised, and the change rooms were locked.

The FHCA does hope to start some programming this spring or summer but doesn’t know what that looks like yet.

In a normal year, the FHCA usually employees around 20 people for grounds maintenance, hall bookings and cleaning and to operate the canteen.

“Given the pandemic, our staff has been reduced significantly,” Taylor said. “Our hall booker and cleaner only worked the first three months of 2020. We hired a new groundskeeper for the summer season – Dale Hopper. There were two students who worked with them. We also had Andrew Reid and his helper work on the rink. We hope to be in a position going forward after we get through the pandemic to hire back staff.”

FHCA treasurer Mark D’Arcy reported the FHCA is in a stable financial position despite a year with very little revenue.

Staff expenses were $28,200 in wages and costs which is “about a third of a normal year.”

Total expenses were approximately $46,700 for the year.

“The FHCA is in a good financial position with approximately $88,800 in operating funds in the bank at year-end and a long-term investment fund for capital improvement at approximately $46,000,” D’Arcy said. “Going forward, we have received our first installment of our operating grant from our partners at the City of Ottawa. We are unsure whether further installments will be affected by the pandemic, but we are protected by our good financial position.”

FHCA executive scoured the community in the lead-up to the AGM to ensure the board would be strong. All candidates were nominated ahead of the meeting by outgoing board member Leigh Ann Kyte. The 2021 FHCA executive includes Adam Brown, Mark D’Arcy, Fred Gillard, Wendy Mayhew, Sean Ovington, Colin Ovington, Kelly Roper and Karen Taylor. 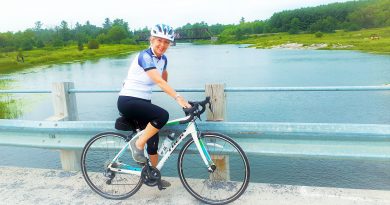