Last week Ottawa city council approved the use of gateway speed-limit signs, which mark the start and end of areas with lower speed limits.

Funding for the implementation of 40kms/h gateway speed limit signs is set at $50,000 per year and city staff’s commitment at this point is to implement signage in one neighbourhood per ward by the end of 2019.

Coun. El-Chantiry says he does not know of a priority area in Ward 5 needing gateway speed-limit signs.

“I’m not considering any for the area,” El-Chantiry told West Carleton Online on Friday (Sept. 31). “It doesn’t really work in a rural community. Those gateway signs are more designed for sub-divisions or a place like Westborough.”

“It’s a really limited area where this will apply,” he said of gateway limits. “Engineers and police know, people drive the speed they are comfortable at despite what may be posted. Most of our arterial roads are 80 kms/h and we don’t have a lot of subdivisions.”

El-Chantiry says there is lots of time in the process for those in the community that feel their area is in need of gateway speed-limit signs and is open to their input.

“I will absolutely listen to community input,” he said. “There is lots of time for conversation.” 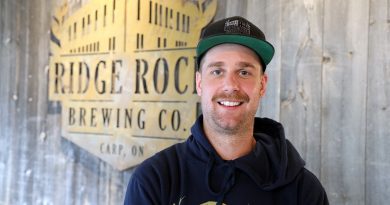