What would have been the 25th annual event, an important social and fundraising event for West Carleton and the Children’s Hospital of Eastern Ontario, will now be taking the year off.

“Unfortunately, due to the current COVID-19 pandemic situation, the annual Fitzroy Concerts in the Park Series that happen weekly in July, will not be taking place this summer,” Coun. Eli El-Chantiry, who regularly sponsors the event, released in a statement last week (May 20). “We look forward to a great concert series in 2021.”

For 24 years hundreds upon hundreds of residents descended on Fitzroy Provincial Park for the outdoor concert series held Thursday evenings, usually in July.

Even the great North American blackout of 2003 wasn’t enough to cancel the show as Ambush carried on due to the use of generators while 50 million others, including almost all of Ontario, were left without power.

Ambush still regularly performs at the series to this day. Other local, popular bands over the years have included Sidewinder, The Heartbeats, Eddie and the Stingrays, The Hammerheads, Big Newton and Lucky Ron to only name a few.

The concert series is also an important fundraiser for CHEO and several others community groups. Last year the series raised more than $2,082 for the children’s hospital. Over the years the series has raised close to $15,000 for the hospital. Last year’s event also raised funds for the Corkery Community Association, which was in charge of organizing last year’s music series, to help the association pay for upcoming renovations to the Corkery Community Centre.

The on-site barbecue is often organized by local groups as a fundraiser for their activities. Merge Robotics, a competitive robot building club serving West Carleton and Kanata, and various West Carleton scouting groups have led that effort over the last few years. 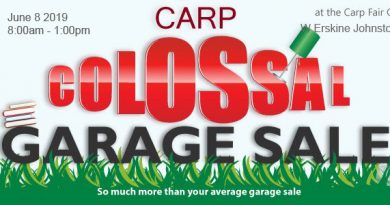 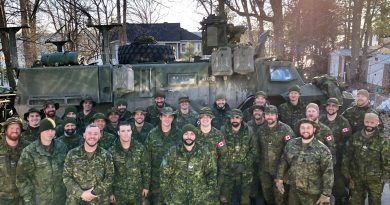