RENFREW COUNTY – There has been no change in the forest fires in the United Townships of Head, Clara and Maria.

The latest from the Ministry of Natural Resources shows that after fighting the fires from the ground and measuring their size, not just aerial estimates, the three fires measure 37 hectares, 45 hectares and 697 hectares.

The largest fire is closest to Algonquin Park’s border, and the second largest borders Highway 17. There are also two fires currently burning within Algonquin Park measuring 34 hectares and less than one hectare. All five fires are not under control. The fire reported last week in Calabogie is still burning and is 2.5 hectares in size, but is under control. 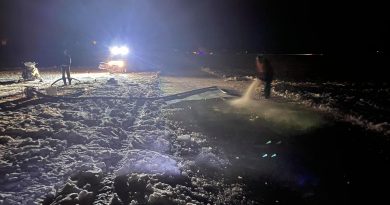