CARP – Aimee Edgcumbe’s August photography fundraiser was a hit for families and the Carp Fair as the giant cheque (literally and figuratively) she presented to President Patricia Boyd on Saturday, Dec. 19 attests.

Edgcumb, owner of Aimee Caroline Photography, presented a $1,275 cheque to the Carp Agricultural Society in an effort to give back to an organization that his give so much to its community.

Edgcumbe, a West Lake resident just off Carp Road, offered to take family photos on the historic and beautiful Carp Fairgrounds between Aug. 9 to Aug. 15.

$25 from each session was donated directly to the Carp Agricultural Society (CAS). Each family received their photos on a digital download. The other $25 from the fee was pooled and used to purchase gift certificates and products from Carp’s small businesses. One hundred per cent of the proceeds went back in to the community. The items were put in to an online raffle held roughly the week after the photo sessions. Each family that books a photo session was put in to a draw to win a gift certificate.

Edgcumbe said she shot 35 families and even managed to pick up eight corporate sponsors along the way.

“I got to meet so many nice people,” she said. “Everyone had a connection to the fair. It was great to hear all the stories.”

Boyd was very appreciative of the donation.

“It’s an incredible touching gesture,” Boyd said. “The Carp Fair is a long-standing tradition for many families from the area. To be able to get professional family photos on the Carp Fairgrounds was quite a thrill.”

Edgcumbe says her fundraising event led to even more charitable acts by those participating.

“A lot of people paid forward their raffle prizes to people in need,” she said.

It’s been a challenging year, to say the least, for the Carp Agricultural Society. For only the second time in its 157-year history, the fair wasn’t held in 2020 due to the COVID-19 pandemic (the first time was in 1870 due to The Great Fire). Obviously, the biggest punch to the society, but on top of that, every other fundraiser the CAS holds such as euchre, drive-in bingo, men’s and ladies’ night and the last two truck and tractor pulls were also cancelled (the 2019 pull was cancelled due to inclement weather). 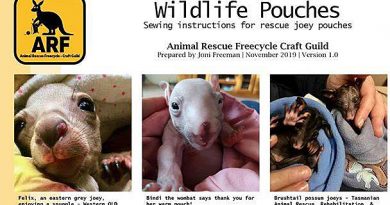 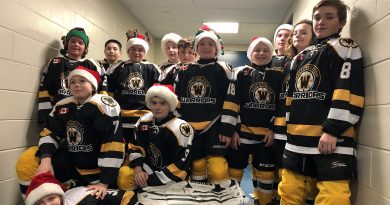