WEST CARLETON – Parents have until the end of the work week to decide on whether their children will be attending the 2020-21 school year.

“We are looking forward to welcoming students and staff safely back to school beginning on Sept. 3,” the OCDSB released in a statement yesterday (Aug. 10).

With elementary and middle school students returning to class full time, provincial regulations require students in Grades 4 and above to wear masks, but both English-language boards are also encouraging parents to outfit younger children with reusable masks.

They’ll also have hand sanitizer in each classroom and at every school entrance, and students will be required to use it when they go in and out.

School hallways will also have directional signs and markers to keep students distanced from one another, and neither parents nor volunteers will be allowed inside the building.

The OCDSB maximum school sizes for Kindergarten are 29 students; for Grades 1 to 3, 23 students; and no maximums for Grades 4 to but the board says typically they will be below 30.

Elementary students in both boards will have to stay with their own classrooms all day, including during lunch, recess and when they get physical education.

Only teachers will rotate between the classrooms.

“Ottawa Public Health (OPH) has reviewed all of our plans to look at how we will balance the risks of returning to school with the potential harm of not having developmentally appropriate interactions with students,” OCSB Director or Education Thomas D’Amico released in a statement yesterday (Aug. 10).

While people are expected to physically distance by staying two metres apart, D’Amico acknowledged that one metre will be “the reality in most of our classrooms.”

Both boards acknowledge high schools are more complicated, given their size and the number of students.

Students won’t be going back to class five days a week, and instead of the typical two-semester academic year, students will have four semesters, each of which will cover two courses.

The OCDSB said students in its high school classes will be split into two groups, each with about 15 students. They’ll either attend class two or three days a week, alternating back and forth from week to week, and will learn from home on the days they’re not in the classroom.

Parents can decide to keep their kids at home and learning remotely for the upcoming year, but they have to make the choice by Friday (Aug. 14).

Both boards said parents may be able to change their minds, but likely not until at least halfway through the fall.

To see the full OCDSB plan as well as the attendance confirmation form, click here. 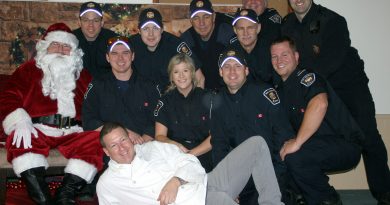