EASTERN ONTARIO – There was no season in 2020-2021, but the Eastern Ontario Super Hockey League (EOSHL) continues to grow adding an 11th team to the fastest growing hockey league in eastern Ontario.

EOSHL President Mitch Gagne, who is also the Cornwall Prowlers team owner, made the announcement Feb. 23. It almost seemed like a surprise to him.

“The EOSHL is expanding once again,” Gagne released in a statement. The application by a group of hockey people from South Grenville (Cardinal, ON) was submitted last week shortly after we added our 10th team in Gananoque, ON. The 10 owners handed in their votes by early Monday afternoon before the deadline and the ruling was in favor to add South Grenville to the EOSHL.”

The league is two days shy of its one-year anniversary since a league game was last played, it was the fifth and deciding championship game between the West Carleton Rivermen and the Cornwall Prowlers played in the Kinburn Cavanaugh Sensplex on March 6.

It was the EOSHL’s inaugural season of the, at the time, four-team league. The league is aimed at hockey players aged 20 and older still looking to play competitive, full-contact hockey after their junior eligibility has expired. The EOSHL does not have restrictions on territories or team rights to worry about in signing players. This means former Jr. A, B, or C level players, along with those who have experience in the OHL, NCAA or U SPORTS leagues can play for teams in the league.

For the Rivermen, despite the final, back-and-forth 7-5 loss in the championship game, the season could only be considered a win. The Rivermen, owned by Galetta’s Adrian Moyes, were the regular season champions with a record of 14-2-1-1 and attracted more fans with every playoff game. In the immediate offseason, the team was named the EOSHL’s top organization and Mike Byrne was named co-winner of the EOSHL coach of the year. Zack Rheume was named the EOSHL’s best defenceman.

League organizers tried their best to host a season in 2020-2021, but it just wasn’t to be. Despite that, the EOSHL has added seven new teams for the next time the league is able to host a game. Gagne is hoping that will be in the fall of 2021. He also hopes to round-off that number of league teams.

“The league will look to add one more team to get to a nice, even number of 12,” he said. “We do have a few more areas interested, and we hope to have all 12 settled by May 1 so we can enjoy an exciting summer of preparing for the fall for a hopeful start to our league.”

Joining West Carleton and Cornwall in the inaugural season were the Deseronto Bulldogs and the Maxville Millionaires. All four teams are pledging their return, with Maxville under new ownership. Since then, the league has added teams in Alexandria, Frontenac, Smith Falls, Pontiac and South Grenville and Gananoque. 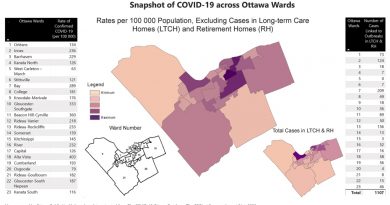 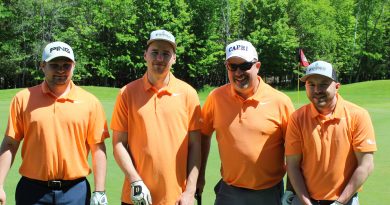 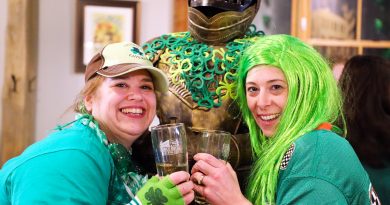 Return of St. Patty’s a hit in WC