OTTAWA – As the city prepares for the arrival of the so-called Rolling Thunder protest this weekend, Ottawa Police Services (OPS) Board chair Coun. Eli El-Chantiry says the Ottawa police are “well prepared” to deal with it.

El-Chantiry says the police has all of the resources it needs to make sure a planned motorcycle rally in Ottawa this weekend won’t play out like February’s Freedom Convoy occupation of downtown during a radio interview earlier today (April 26).

El-Chantiry says he is satisfied with the enforcement plan detailed by interim OPS chief Steve Bell at Monday’s (April 25) board meeting.

“We always learn a little bit more from every event,” El-Chantiry said. “Our staff, our executive command of the Ottawa police is very well prepared, I would say.”

El-Chantiry added more information will be shared on the enforcement plan for the Rolling Thunder demonstration in coming days.

The City of Ottawa also released an updated on the expected demonstration.

“The City of Ottawa is providing support to ensure the Rolling Thunder event, scheduled from Friday, April 29 to Saturday, April 30, exercises respect to the community, while they exercise their democratic right to conduct a rally, demonstration or protest,” staff released in a statement today (April 26). “This includes enforcement of all by-laws regarding noise, litter, fireworks, parking and stopping.”

The City of Ottawa Bylaw and Regulatory Services (BLRS) will have officers out on the streets ensuring all parking regulations are observed by residents and visitors. All vehicles found failing to observe the no-stopping zones will be ticketed and towed.

Ensuring all other by-laws observed

In addition to parking violations, BLRS officers will ensure all City of Ottawa bylaws are obeyed by residents and visitors:

Tickets will be issued to any individual in violation of any City of Ottawa By-law. It’s important to note that fireworks are only permitted for use two times per year – Canada Day and Victoria Day and the day before and after those days.

The OPS  and the City of Ottawa have created a motor-vehicle exclusion zone in the downtown area. (See map.) No motor vehicles involved in any event (rally, protest, demonstration) are permitted inside this zone. However, the roads are not closed. Residential and business traffic, as well as pedestrians, cyclists and public transit are permitted. The Rolling Thunder event may result in some temporary traffic delays.

Residents can continue to check our online traffic map and the City of Ottawa’s traffic Twitter account for up-to-date information on traffic delays and disruptions due to the demonstrations.

There are no changes planned to transit services. Stay up to date on the latest transit information by visiting octranspo.com/alerts, calling 613-560-5000 or following OC Transpo’s Twitter account.

Ottawa City Hall and its underground municipal parking facility will be closed to the public from 5 pm on Thursday, April 28 until 7 am on Monday, May 2.

Ottawa is a safe and inclusive city for everyone

The City of Ottawa is responsible for ensuring residents feel safe in their community. The city values a diversity of minds, perspectives and lived experiences and denounces any displays of hate and racism.

“Events like this can affect everyone differently,” city staff said. “If you are feeling stressed or overwhelmed, please reach out and speak to someone.” 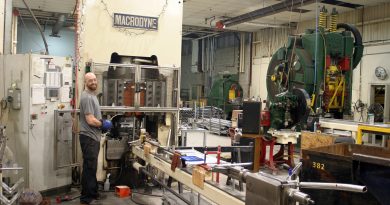 Lifting homes above the floods 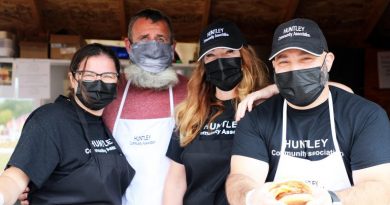