(CORRECTION: In a previous version of this story, we wrongfully claimed Dwight Eastman was appointed to the councillor position following amalgamation. That was incorrect and West Carleton Online apologizes for the error. That information has been corrected in the following story.)

WEST CARLETON – With Mayor Jim Watson announcing last week he would not be seeking re-election in next fall’s City of Ottawa election, Ward 5 Coun. Eli El-Chantiry says he is considering a run at the vacant position.

On Friday (Dec. 10) Watson announced he would not run in the next municipal election scheduled for Monday, Oct. 24, 2022.

El-Chantiry told West Carleton Online today (Dec. 13) several community members have reached out to him and he will consider the position.

“It’s an honour so many people reached out,” El-Chantiry said, naming former West Carleton mayor Dr. Roly Armitage as one who gave him a call over the weekend. “I’m not sure. It’s a big job. We’ll see. It’s seven days a week. But it will depend on who’s running. I got a lot of calls from the community about it.”

El-Chantiry became councillor in 2003 replacing former West Carleton mayor Dwight Eastman who became councillor following amalgamation in 2000. Eastman retired from the position after one term and did not run in 2003. El-Chantiry won in a hotly contested 2003 election in which runner-up Adele Muldoon lost by less than 30 votes. El-Chantiry has won four elections since that time.

Population-wise, West Carleton is the smallest ward in the city. El-Chanitry says his experience makes him well known across the city and would be attractive to any voter.

“I’ve been on council for almost 20 years,” El-Chantiry said. “I have a good reputation within the city.”

El-Chantiry, who emigrated from Lebanon, says the position could use some multi-culturalism.

But what he thinks the current crop of candidates could use, is some variety.

“All those who have announced, come from the same political stripe,” El-Chantiry said of Gloucester-Southgate Coun. Deans, Somerset Coun. McKenney, and Chiarelli.

El-Chantiry says the position needs some candidates that represent both sides of the political spectrum.

“I’m fiscally conservative,” El-Chanity said. “The current candidates are more about spending. I think I appeal to both Conservative and Liberal voters. A mayor can’t be too far left or too far right. That’s what Mayor Watson was like, even Larry O’Brien.”

El-Chantiry also feels the other candidates’ vision of the city, is a little too narrow.

“They think the City of Ottawa ends between St. Laurent and Bronson Ave.,” he said.

El-Chantiry says there is no rush for him to make a decision.

Candidates can’t officially declare until May 2, 2022. The ballot is finalized on Aug. 19.

“I’m sure more people will step up,” El-Chantiry said. “Time will tell.”

County visitors not following rules in Lanark OPP round up

Roofing business up to ceiling with fraud charges 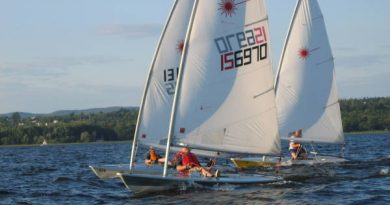