During the special council meeting former OPS board chair Coun. Diane Deans was put on the firing line following a motion brought to the table by Coun. Scott Moffatt in a move Deans later called “dirty politics.”

Moffatt’s motion would decide the fate of Deans, Coun. Carol Ann Meehan and the rest of the OPS board.

The motion was brought forward when city council members expressed dismay at the board’s decision to hire a new interim police chief to help with the truck convoy demonstration without informing council and 24 hours after appointing an interim OPS chief. During Deans time on the OPS Board, she also led the selection of OPS Chief Peter Sloly who resigned from the position earlier this week amidst criticism over his handling of the now 21-day-old demonstration so far. Following the resignation of Sloly, the OPS Board named 25-year OPS member and deputy chief Steve Bell interim chief of the OPS. Following that announcement, the OPS later announced it was bringing in another person to act as OPS chief, Matt Torigian, a former chief of police and senior public servant.

Meehan decided to resign from the OPS Board in support of Deans and the former OPS Board.

“Coun. Deans has done everything that we are afforded under the Ontario Police Services Act to try to solve this crisis,” Mehan said in an interview following the meeting. “She has been a leader through some of the toughest times that this city has ever seen in a time of changed politics and in a time when it comes to change in policing in Canada and in Ottawa.”

El-Chantiry was appointed to the OPS Board and then later named chair of the board following a special OPS Board meeting earlier today (Feb. 17).

“I would like to thank the members of the Board for their unanimous vote of confidence,” El-Chantiry released in a statement. “It is an honour and a privilege to serve in this capacity. I would like to reassure the public the Ottawa Police Service Board will strive to work together with purpose and unity. I would also like to thank the outgoing members of the board for their service and dedication to the Ottawa Police Service and the community.”

El-Chantiry had previously chaired the OPS Board starting in 2007 until 2018 with 12 consecutive years spent as chair of the board. From 2010 to 2014 El-Chantiry was also the deputy mayor.

Coun. Jeff Lieper and resident Suzanne Valiquet were also appointed to the OPS Board.

In El-Chantiry’s first act as board chair, he announced Bell would remain as the OPS interim chief.

Torgian agreed to tear up the contract with no punitive damages requested.

“Please accept this as notice of my termination of my contract with the Ottawa Police Services Board,” Torgian wrote in a letter to Mayor Watson and the rest of city council today (Feb. 17). “I will not be seeking any compensation or pursuing any recourse under my contract. I was asked by the former chair of the Ottawa Police Services Board, Diane Deans, to remove myself from my private life and play an active role in assisting the city of Ottawa at a time of crisis. My sincere desire in accepting this request was to help restore order in Ottawa and increase confidence in the Ottawa Police Service. Achieving this objective is clearly something that requires the support of the people of Ottawa as expressed by city council. Events in the past two days have made it clear that this support is lacking. I wish the people of Ottawa a speedy and safe resolution of the challenge before them.”

West Carleton Online is attempting to secure an interview with Coun. El-Chantiry on the new appointment but spoke with him last week in an interview that often focused on the ongoing demonstration.

Other items to come out of yesterday’s (Feb. 16) special council meeting include: 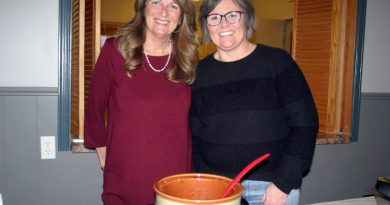 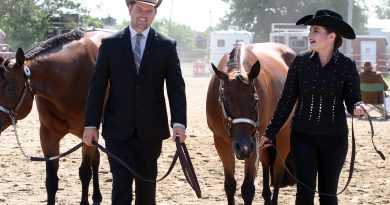