ONTARIO – Ontario businesses and citizens are stepping up in the fight against COVID-19.

As of yesterday (April 11), the Ontario government has received more than 14,000 submissions from businesses and private citizens offering to provide essential items like hand sanitizer, gowns, masks, testing equipment and ventilators.

The Ontario government launched the $50 million Ontario Together fund to support the development of proposals and help businesses retool their operations (Ontario.ca/OntarioTogether)

ONTARIO – As of yesterday morning the province’s confirmed COVID-19 cases closes in on 7,000 with nearly 3,000 resolved.

According to provincial statistics, just over 45 per cent of cases are male, while just over 54 per cent are female.

About 38 per cent of cases are in adults aged 60 or older. About 13 per cent of total cases have been hospitalized.

The Greater Toronto Area accounts for about 53 per cent of the province’s total cases, while 79 outbreaks have been declared in long-term care homes across Ontario.

All public gatherings and events over five people are prohibited. This includes parades, events (like weddings, social gatherings, communal services within places of worship). This order does not apply to households with five people or more. It also does not apply to operating childcare centres supporting frontline healthcare workers and first responders provided the number of persons at each centre does not exceed 50 people. Funerals would be permitted to go forth with up to 10 people at one time.

The government made the announcement yesterday (April 11), saying any orders that have been put in place to-date under the Emergency Management and Civil Protection Act is expected to stretch out for at least another two weeks.

This comes with new measures introduced to address surge capacity in retirement homes, restricting recreational campaign on Crown land and allow the repurposing of existing buildings and temporary structures.

Ontario initially enacted the emergency on March 17. Those orders were originally to be extended to March 31, however, the public was warned they would be reassessed and considered for extension, unless that order was terminated earlier.

“I understand the actions we are taking are affecting the lives and livelihoods of people across the province, but these are extraordinary times and we need to do whatever we can to keep individuals and families safe and stop the spread of this terrible virus,” Ford released in a statement Saturday. “We must all continue to do our part by staying home and practicing physical distancing. With the proper precautions and additional measures we’re taking today, I am confident we will get through this together and stronger.”

The Construction Act is intended to regulate how payments are made, to help ensure that workers who have provided services or materials during a construction project are paid for their work.

ONTARIO – The provincial government is set to quadruple its COVID-19 testing capacity over the next month while shifting focus to the most vulnerable, officials said as a group home for disabled adults reported an outbreak led all but four caregivers to walk off the job.

Public health officials announced Friday (April 10) they plan to double testing capacity to 8,000 per day by April 15, and again to 16,000 people per day by May 6, when three-quarters of the people tested will be members of at-risk groups such as those in long-term care homes, health-care workers and people in other group living settings.

“By zeroing in on and dramatically expanding testing for these priority groups, we can stay one step ahead of the spread of this terrible virus. Our renewed and surgical focus on these groups is also in addition to the ongoing testing of the general public,” Health Minister Christine Elliott said.

The news came as executive director Shelley Brillinger who leads a group home for disabled adults who require full care in Markham, ON, reported news of an outbreak at the facility that led to a massive walkout of personal support workers.

Brillinger said staff at the Butternut Lane site of Participation House was shrinking for weeks as people stayed home to care for loved ones or protect themselves from the virus.

She said when she told employees yesterday that 10 residents and two staff members at the 42-resident home had tested positive for COVID-19, nearly everyone refused to keep working.

“There was a audible scream in the room, and some gasps, and people were just devastated,” Brillinger said.

Soon after Brillinger said, she learned all but four of the workers were walking away from their duties. Typically, 35 people work at the facility in a 24-hour timeframe.

Brillinger said managers stepped in to do front-line work, and some hospital workers have also come to help, but ultimately, the facility needs more people.

“We can’t hold this ship without reinforcements,” Brillinger said.

Brillinger said workers had been using personal protective equipment since Monday, and all proper procedures were being followed, but the workers were too afraid to keep going to work in spite of the great need.

“Our residents are the most vulnerable in society,” she said, noting their disabilities mean they need help walking, eating and doing other things many people take for granted.

“They don’t have a voice, and my message would be it’s our responsibility to speak up for those who can’t speak for themselves and ensure that they have the care that they deserve,” Brillinger said.

The province’s health minister said the government was taking action at the home.

“I’m making sure people will be there to care for this incredibly vulnerable population,” Elliott said. “But we’ll also need to make sure they can receive testing as well, because it is a congregate setting.”

Ford said the information gleaned by the boost in testing will be key in the province’s efforts to root it out.

“The first step to winning any battle is knowing your enemy,” he said. “We’re going to find cases faster, intervene earlier, and stop this virus in its tracks.”

Provincial officials said by May 6 only a quarter of the people they hope to be testing will have been referred to assessment centres, and the rest will go to symptomatic members of at-risk populations.

But they said testing everyone — including the asymptomatic — is of little use, because those who are in the virus’s two-week incubation period could receive false negatives and a misguided sense of security.

In addition to outbreaks at group homes like Participation House, the province has reported flare-ups at dozens of long-term care homes.

Residents and workers at long-term care homes experiencing outbreaks accounted for 931 cases of COVID-19 and 98 deaths, according to the province’s daily epidemiologic summary.

Of those sickened in the 73 facilities where there have been outbreaks, 560 are residents and 366 are staff. In addition to the 98 residents who have died, a spouse of one of the residents also died of the virus.

The report says 17 hospitals are also experiencing outbreaks, in which 50 patients and 40 staff members have been sickened. Eight patients in those hospitals have died.

Government officials also announced measures for those not sickened by COVID-19 but affected by the pandemic, nonetheless.

The education minister said the province is preventing child-care centres from collecting payments during closures mandated by COVID-19.

Stephen Lecce said nobody will lose their childcare space as a result of not paying.

A spokeswoman said the emergency order is effective for payments made starting on April 9, meaning those who paid at the beginning of the month won’t get their money back.

Affected residents are in isolation, and the staff affected are self-isolating at home.

Among the protocols now in place include all staff caring for isolated residents must wear full personal protection equipment, while staff in all areas of the home will be required to wear masks at all times.

On April 2, the Leeds, Grenville and Lanark Health Unit reported an outbreak at the facility.

The health unit confirmed 150 cases in its region, and nine deaths from the virus as of Saturday (April 11).

Eight of those deaths are in institutions.

Prime Minister Justin Trudeau hinted Friday (April 10)  rules could be loosened this summer if Canadians act now to contain the spread of COVID-19.

The RCMP says it has been asked to assist in enforcing the act in the midst of the pandemic. Officers could visit homes to ensure anyone entering Canada is self-isolating for 14 days, and police can now make arrests, rather than issue a court appearance notice or summons.

The RCMP says violations under the act could include a fine of up to $750,000 and imprisonment for six months, will be a last resort.

Trudeau said he is not planning to invoke the Emergencies Act, which would give the federal government sweeping powers.

On Friday, the prime minister reminded Canadians vigilance against future outbreaks will be the norm for the next 12 to 18 months until a vaccine is developed, but hinted regulatory changes could bring relief in the summer if people stay strong and stay home for the time being to save lives.

“If we do things right, this will be the first and worst phase we go through as a country in terms of COVID-19,” Trudeau said. “It is possible we may be out of that wave this summer, and at that point we will be able to talk about loosening up some the rules that are in place.”

He said some people may be able to return to work to “get things rolling again,” though those changes will require a cautious approach.

Trudeau’s personal schedule is about to change, with a return to parliament and a break from daily public appearances that have been the norm for the last 26 days.

Trudeau will be at the House of Commons on Saturday as the government attempts to pass the wage subsidy bill.

The prime minister primarily has been working from home since March 12 when his wife tested positive for COVID-19. He says he will conduct his daily address to the country from parliament on Saturday, a change in pace from appearances outside his Ottawa residence since March 16.

The prime minister will not conduct daily press conferences Sunday and Monday, saying he will spend more time with his family.

“Usually, this is a time we spend together,” he said. “But right now, this weekend is going to be very different. You’ll have to stay home, you’ll have to Skype that big family dinner, and the Easter egg hunt, well, it’ll have to take place around the house rather than out in the neighbourhood.”

The bill will allow companies to get a 75-per-cent subsidy on each employee’s wages.

As the number of confirmed COVID-19 cases reaches almost 500 in Ottawa, the good news remains there has yet to be a major spike in hospitalizations.

OPH said there are 33 people in hospital with the virus, with 13 in intensive care. Those numbers have remained steady; between 30 and 35 in hospital; and between 10 and 14 in ICU throughout the last week.

The health unit confirmed 36 new cases of the coronavirus in the city on Friday, bringing the to-date total to 494. Of those, 156 have been resolved (32 per cent).

There have been nine COVID-19 deaths in Ottawa. 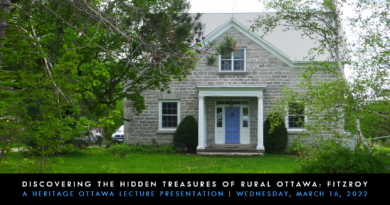