SOUTH MARCH – Sheila McKee Park, just off the Sixth Line Road, will now close early, part of efforts to discourage gatherings as the city battles the third wave of the COVID-19 pandemic, the most devastating wave so far.

City staff wrote in a memo Wednesday, April 14 “large public gatherings, parties and other activities” in local parks have put the public’s health at risk.

Staff identified six to 12 parks in the city that could be subject to earlier closing times, city manager Steve Kanellakos told reporters, but the decisions will need sign-off from ward councillors before being put in place.

It appears Coun. Eli El-Chantiry has signed off on the early evening closure of Sheila McKee Park.

“In trying to curb large gatherings at Sheila McKee Park during the current stay-at-home order, the park will have an early closing time of 9 p.m., instead of 11 p.m.,” El-Chantiry released in a statement today (April 20).

El-Chantiry says the reasoning behind the closure includes includes the city receiving reports of more than five people congregating in the park; unwanted behaviour happening at the park including fires, drinking, etc.; concerns regarding the dangers of gathering on the unlit trails after dark; and safety concerns relating to steep terrain, cliffs and access to water that make gathering dangerous after dark.

“Sheila McKee Park can still be accessed during the day, but please remember to follow all COVID-19 safety measures in place as part of the province’s current stay-at-home order,” El-Chantiry said.

As of today (April 21), families and residents using playground equipment in Ottawa parks will be required to where masks.

The new policy was enacted by chief medical officer of health Dr. Vera Etches through a section 22 order under the province’s Health Protection and Promotion Act on Monday.

Starting Wednesday at 12:01 a.m., those within five metres of play structures, swings, slides, climbers and sand boxes at Ottawa parks must be wearing masks.

Children under the age of two or those under five years of age developmentally who cannot be persuaded to put on a mask by their caregiver are exempt from the order.

NSC mould no threat to public 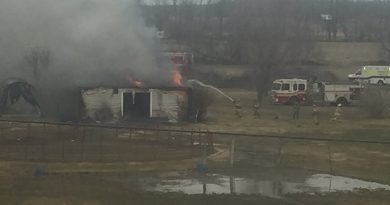 Firefighters hit WC blaze on way back from Munster fire 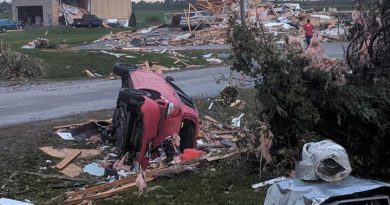