DUNROBIN – A family of fundraisers is asking for your signature to a petition granting individuals with Friedreich’s Ataxia access to the drug Omaveloxolone.

The organization Friedreich’s Ataxia Research Alliance (FARA) is advocating for the approval of the drug and is sending a letter to stakeholders encouraging the approval.

“FARA has prepared a letter to send to the Food and Drug Administration (FDA) and Reata Pharmaceuticals,” the organization released in a statement earlier this month. “This letter requests Reata to submit a New Drug Application (NDA) on an urgent basis and FDA to exercise the flexibility granted by law and contained in FDA guidance in considering approval of an NDA for Omaveloxolone in Friedreich’s Ataxia based on the existing evidence from clinical trials.”

FARA hopes to add signatures of supporters to back the power of the letter. The letter now has more than 40,000 signatures with the sign-up period ending Jan. 20 at 5 p.m.

In Dunrobin, 16-year-old Kaelan Carlson suffers from the rare disease. He and his family have been active fundraisers for research.

Kaelan’s older brother Alex, a Dunrobin-based volunteer firefighter, has hosted a fundraising shinny tournament in Carp the last four years called Hockey4Humanity. The tournament not only raises money for research, it raises awareness on the rare disease.

With COVID-19 preventing large gatherings as well as outdoor shinny, it is unlikely the event will be able to be held this year. West Carleton Online has attended both of the last two fundraising tournaments.

Both times we spoke with Kaelan.

“It means a lot to me,” Kaelan told us at the time of the support from the shinny tournament. “It’s nice to know this many people want to support me. I’m pretty happy with everything.”

Kaelan is also an avid photographer and each year auctions off his favourite pieces. Even though there won’t be a tournament this year, the community can still help Kaelan.

Instead of a donation, the family is just asking for a signature.

“Our son Kaelan is 16-years-old, and we have been painfully watching him lose his independence and abilities on a daily basis at a time in his life where he is seeking independence,” mom Kelly Coulson released in a statement last Wednesday (Jan. 13). “Each year there is a considerable and measurable difference in his activities and the loss of his abilities has really affected him socially, emotionally and physically. We truly believe there is a cure in the future, and we want so much to slow the progression so that when the time comes and a cure is found, Kaelan will be able to benefit from it.”

Coulson says the deterioration has been quick but believes the new drug would be a big help to Kaelan.

“The progression is rapid, and Kaelan deserves the best options available to preserve what he has now and Omaveloxolone can give him this with no adverse side effects,” she said. “Please give him the opportunity to slow the progression and give him the best quality of life for as long as possible. Time is of the essence. Kaelan has hypertrophic cardiomyopathy as a condition of Friedreich’s Ataxia. Slowing the progression is the only option available at this time. You can help him and others with Friedreich’s Ataxia by signing the ‘call to action’ and sharing this post with others and asking them to sign as well. Friedreich’s Ataxia is a very rare disease, so every signature has a significant impact. You support is needed and greatly appreciated.”

If you would like to sign the letter supporting the approval of the drug Omaveloxolone, you can do so by clicking here. 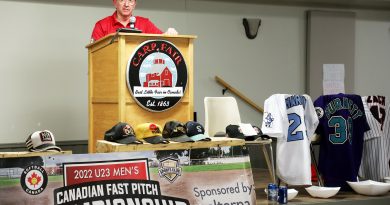 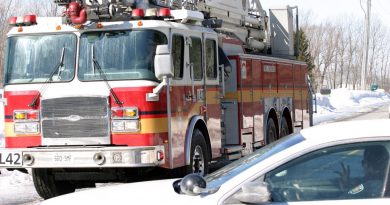