OTTAWA – Mayor Jim Watson presented the Key to the City to Paul W. Dewar at a ceremony at City Hall last night (Nov. 1), in recognition and appreciation for his service and dedication to his community and country, and his significant contributions to education and youth empowerment.

“Like his mother before him, Paul Dewar has dedicated his life to making Ottawa a welcoming, accessible and inclusive city. He has served, volunteered, mentored, taught and inspired so many Ottawa residents,” Mayor Jim Watson said. H”is current focus, with the Youth Action Now, is preparing young people from diverse backgrounds to be our leaders of tomorrow. He has always encouraged others to be kind and optimistic, and to take action to make their world a better place.”

In 2006, Dewar ran for and won the seat for Ottawa Centre where he served as a Member of Parliament until 2015. Representing the New Democratic Party, Dewar served as the opposition critic for Foreign Affairs and as vice-chair of the House of Commons Standing Committee on Foreign Affairs and International Development. He was also chair of the All-Party Parliamentary Group for the Prevention of Genocide and Vice-Chair of Parliamentarians for Nuclear Non-Proliferation and Disarmament.

Dewar has always been active in his community. He has been a board member on the Ottawa Community Immigrant Services Organization (OCISO), the Coalition for a Healthy Ottawa, the Partnership for a Pesticide Bylaw, and Ottawa Centre Refugee Action. He has also been involved with national organizations and supportive of youth, arts and environmental initiatives.

Most recently, Dewar has focused his attention on tomorrow’s leaders. He started the Youth Action Now, which encourages young people to develop initiatives that improve their communities. Through these projects, they acquire leadership skills, network with fellow members, deepen their understanding of their own communities and help demonstrate that a better world is possible.

The Key to the City is Ottawa’s most prestigious award.

An ornamental key is presented to esteemed residents, visitors and others whom the City of Ottawa wishes to honour. This practice has a symbolic meaning evoking medieval walled cities, the gates of which would be guarded during the day and locked at night. The key symbolizes the freedom of the recipient to enter and leave the city at will, as a trusted friend of city residents.

Dewar was born and raised in Ottawa. He is a father, husband, teacher, community activist and leader as well as being a former Member of Parliament for Ottawa Centre. 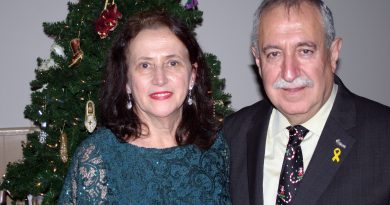 El-Chantiry party socks it to ‘em 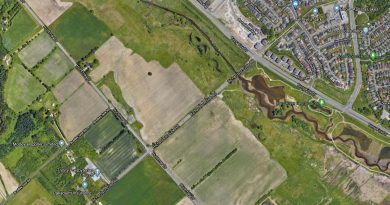 Roundabout coming to Richardson and Huntmar