OTTAWA – Ottawa numbers took a huge jump up today and Ottawa Public Health (OPH) gave a clear example of just how easy those jumps are to make.

The provincial government says Ottawa has seen its largest single-day spike since COVID-19 arrived in Canada’s capital back in March, and OPH confirmed it.

Minister of Health Christine Elliott tweeted this morning (Sept. 22) Ottawa recorded 90 new cases of the virus, while Ontario as a whole is reporting 478 new cases and three deaths linked to the novel coronavirus.

OPH has updated that number to 93 cases, linking all three deaths to the city as well. The deaths were reported Monday by West End Villa long-term care, which has had 11 deaths since Aug. 30.

The OPH COVID-19 dashboard shows a spike of 101 cases on April 25, but the public health agency says, “The data on our dashboard is readjusted over time (especially Figure 2) based on public health investigation and case management to determine symptom onset, among other factors. This is why there may appear to be other spikes earlier in the pandemic that were not reported as such until further investigation was done to determine more exact data.”

Elliott says more than 34,200 tests were completed in Ontario yesterday.  She adds 68 per cent of Tuesday’s cases are in people under the age of 40.

Earlier this month, a 10-person cottage party in the Ottawa area was linked to 40 local COVID-19 cases and the closure of two child care centres.

More recently a new spread case involves an outdoor park party with 40 people in attendance, where two people went on to develop symptoms.

According to Ottawa’s chief medical officer of health Dr. Vera Etches, community contact with those two people lead to two workplace outbreaks including a childcare centre where there was transmission among staff.

“Two different buses, two different schools,” said Etches. “And there were 105 high-risk contacts then that needed to self-isolate for 14 days and go and get tested.”

Etches said it’s an example of how quickly one gathering can lead to multiple people having to stay home and get tested.

In Renfrew County the medical officer of health is reporting the second wave of COVID-19 infection is here.

Dr. Cushman says it is clear they are in the midst of the second wave, citing “COVID fatigue” as the main factor.

He also encourages residents to remain vigilant and continue to wear masks, physically distance, washing hands, and maintaining a social bubble to avoid returning to lockdown.

In the meantime, no additional students, staff or close contacts from Fellowes High School tested positive for COVID-19 on Sunday or Monday. The school closed earlier this week and five people affiliated with the Pembroke high school have been confirmed to have contracted the coronavirus.

Renfrew County has reported 45 cases of COVID-19 throughout the pandemic, including one death. 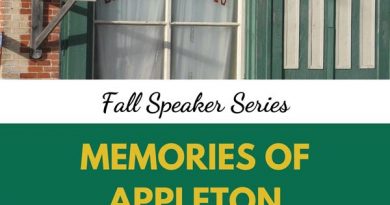