OTTAWA – Ottawa Public Health (OPH) is reporting three more deaths due to COVID-19 and 63 new cases of the virus today (May 26), but data continues to show most indicators of community spread are trending downward.

OPH reports the city’s weekly COVID-19 incidence rate is down to 49.4 per 100,000. The key indicator of community spread has been dropping steadily for almost five weeks and is getting closer to what used to be the province’s red-control zone threshold of 40 per 100,000. The Conservative Doug Ford government has since abandoned its colour-coded COVID-19 framework in favour of its new three-step economic reopening plan.

Ottawa’s COVID-19 positivity rate is also down today to 5.1 per cent.

The number of active cases of the novel coronavirus in the city is down to 796, according to OPH.

Local hospitalizations due to COVID-19 remain at 51 with 13 patients in intensive care. There were 12 patients in the ICU yesterday (May 25). Acute care bed capacity across Ottawa’s healthcare system is at 90 per cent; ICU beds are 64 per cent full; and ICU ventilator beds are at 32 per cent capacity.

Ontario is reporting 1,095 new cases of COVID-19, Wednesday, including three in the Eastern Ontario Health Unit’s region, three in the Leeds, Grenville and Lanark district and five in Renfrew County and district.

OTTAWA – Ottawa Mayor Jim Watson wants to see local schools reopened and kids back in class before the end of the school year.

Watson says he has been hearing how important in-school learning is from students since the fall, as he regularly attends virtual classrooms, and says he has noticed a steady decline in morale and engagement with students with each passing week.

He quoted a letter from Canada Research Chair in Children’s Mental Health and Violence Prevention at the University of Ottawa Dr. Tracy Vaillancourt, which talked about the negative impact school closures have had on the mental health of young people.

Watson says the opening of splash pads this past weekend shows that the province can do the right thing for children’s mental health, and now is the time to re-open schools.

Ontario’s chief medical officer of health said he would like to see students return to their classrooms before the province starts reopening in mid-June.

Dr. David Williams made the comments yesterday (May 25) on the same day a group of researchers studying the effects of the pandemic on children warned of “a generational catastrophe.”

Williams said most public health units in the province support the reopening of schools, which have been shut to in-person learning since early April.

EOHU says 60 per cent of residents have received first dose

Medical Officer of Health Dr. Paul Roumeliotis says upwards of 60 per cent of residents have received one dose of vaccine and that level is anticipated to reach nearly 90 per cent before by the end of June.

The health unit will begin administering second doses of the vaccine once approximately 75 per cent of adults have received their first shots.

Roumeliotis says if the momentum keeps carrying forward, 70 to 75 per cent of adults in the region could receive both of their doses by the end of August.

He is reminding residents, while the status of the coronavirus is more under control due to ongoing stay-at-home orders, they’re still not out of the woods yet.

“All the [COVID-19] trends are going in the right direction and it’s worth the extra week or two just for buckling down a bit more so we can then really enjoy the openings that are coming Roumeliotis said in a recent radio interview.

The EOHU is seeing COVID-19 levels trend down to more manageable levels and Roumeliotis thinks that is a good foundation to re-open safely within a couple of weeks. 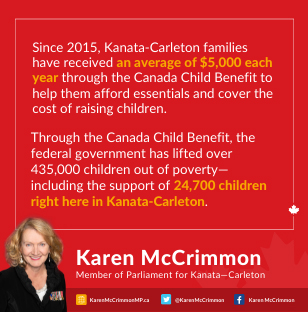