CARP – It’s no secret COVID-19 and the resulting and repeated lockdowns have wreaked devastation upon the economy and the local business community.

Through Herculean effort, many affected businesses battled the pandemic and worked their tails off just to stay afloat. But repeated forced shutdowns were too much of a strain on many small business owners trying to generate revenue and pay their growing bills.

Carp’s popular Juke Joint Soul Kitchen officially closed their doors Aug. 17 after roughly three-and-a-half years of operation – a year and a half of that short time spent in the midst of the COVID-19 pandemic. They did not claim COVID-19 was the reason behind the shutdown, but it couldn’t have helped.

“This is a post we really hoped we wouldn’t have to write but, we have very unfortunately arrived at the moment where we have no choice but to close our doors,” management released in a statement on Aug. 14. “We want to thank you for all of your support, especially during the pandemic, and want you to know we cannot even put into words how much we have appreciated your patronage. Our hearts are heavy as we try to navigate through these next steps and ask for your patience during our last three days of operations with limited staff.”

It was a tragic blow for the community (including West Carleton Online) as the original goal of the Juke Joint was to bring a diverse and delicious menu to the Carp area as well as provide a venue for live music. The Juke Joint has switched to providing frozen meals in the near term, but no longer will you be able to eat at the downtown restaurant.

While eateries have received much of the attention of the economic challenges faced by businesses during the pandemic, there are lots of other types of small businesses who have also had their mettle tested by COVID-19.

Businesses providing services, skills and training have also had a huge challenge. Jennifer Johnson’s Gambit Music Academy opened in Carp in July of 2019.

Last year, planning already in the works, the school switched to a larger location in Carp in a studio above Alice’s Village Café, just a couple of months (August 2020) after the pandemic had begun.

Three prolonged lockdowns and business closures later, Gambit has re-opened for the fourth time, still licking its wounds after the first three shutdowns.

“We were getting so busy just before the last lockdown,” owner and musician Johnson told West Carleton Online earlier this month (Aug. 12). “Every time I thought I had something in place to move the business forward, something COVID-related would come up.”

Just before the last lockdown, Johnson has seven instructors working out of her academy.

Johnson was hiring new teachers and her students were growing. On April 1 Premier Doug Ford announced the most recent lockdown which lasted until June 2 when Ford announced the province was entering Step 1 of the Roadmap to Re-open. While the lockdown was lifted, many restrictions remained in place as part of the regulations surrounding the road map which included several businesses not being permitted to open. Johnson tried to adapt her business to permitted practices, but when your business is providing in-person music lessons, pivoting doesn’t always work.

“We tried online lessons,” Johnson said. “There wasn’t a lot of interest.”

When Gambit was allowed to be open, which it did at the end of July, it meant more work to be done in less time.

“We had to change scheduling,” Johnson said. “We had to add a five-minute buffer zone between lessons so students could leave, our stairwell is very narrow, and the studio could be sanitized. We asked parents not to come during busy times.”

It wasn’t until late last month Gambit Music Academy was allowed to welcome students back to class. Of course, August is generally a time when most parents give their kids a break from music lessons before the start of the school year.

For something like music lessons, the constant interruptions don’t just challenge the pocketbook.

“You lose the consistency,” Johnson said. “The odd ones kept practicing, but they’re still not progressing. It was so strange to not see kids for so long. The last year-and-a-half was like two steps forward, three steps backward. I’m so hopeful this was the last lockdown. I’m chomping at the bit.”

While Gambit has marched on, the same can’t be said for many of Johnson’s peers.

“I know so many people that have had to pack up,” Johnson said. “I did get some COVID funding, but a lot of that was a loan. Now I have to plan for that, and the loan wasn’t to help build the business, just help it survive. As a business owner, it’s the same as the students, you’re building that momentum, and boom it comes to a stop.”

While many students often take the summer off (Johnson says as many as 60 per cent), Johnson often runs workshops and fun programs at her studio to compensate for the lost lessons. Johnson, in the past, has run a very popular build-your-own ukulele workshop that usually fills up with both adults and youth.

“I though it might happen,” she said. “It took over a year to get approved for the COVID loan. I applied for our five times before I met all the criteria. All my teachers are contractors.”

With summer winding down, school about to start, and the fear of a fourth wave, powered by the COVID-19 Delta variant, it’s also a challenge to decide how to move forward.

I’m starting to plan for fall and across the board I think everyone is just excited to get going,” Johnson said. “I was expecting to lose a few students along the way, but I haven’t really, yet.”

While Johnson hasn’t lost any students yet, her students have lost some development time, something Johnson says can be fixed with the consistency of being open.

“I don’t think some have reached the goals they would have if they could have come to lessons every week,” Johnson said. “But they can get it back. It is lost time, but they’re not back at square one.”

And like life, music learning is not something that has an end point.

“I still take lessons,” said Johnson, who has 20 years of performing experience and two music degrees including a master’s in Musicology. “Without that feedback, I wouldn’t be able to do the things expected of me.”

So, Johnson and her team are ready to get back to teaching music.

“All the teachers seem to be as excited to come back as the students,” Johnson said. “They seem so happy getting to do what they love to do. I am anticipating a busy fall. Inquiries for potential new students are up. I’m excited and hopeful we’ll have a busy fall.” 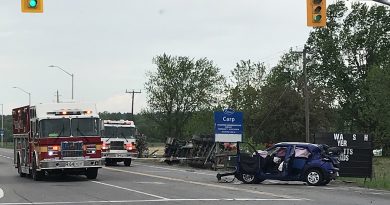 LaserMaxx set to open next month