CORKERY – Years in the planning, shovels will hit the ground on the Corkery Community Centre expansion Monday, June 27 and your invited.

The CCA committed to doing some fundraising of their own for the project.

Roughly a year and a half later concept plans were released in December 2020.

In June 26, 2020, a month in to the beginning of the COVID-19 pandemic the project found itself in a bit of a limbo, expected to continue, but not exactly sure when.

“It’s going to delay some projects for sure,” El-Chantiry said at the time, as the city faced an expected $192 million deficit. “We have to wait until fall to know what specific projects will be delayed or re-scheduled at the very least. It’s going to have an impact, no doubt about it. If we don’t get support from the province and the feds, we’re going to be in big trouble.”

Well, now we do know.

On Monday, June 27, starting at 11 a.m. at the Corkery Community Centre (3447 Old Almonte Rd.) El-Chantiry will host a ceremony celebrating the start of construction of the expansion, open to the public. 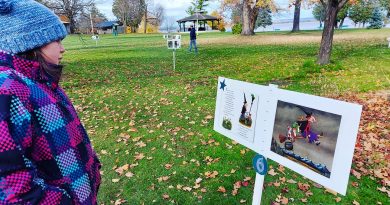