WEST CARLETON – Last Friday (Dec. 20) City of Ottawa staff outlined the process and timeline as the planned ward boundary review begins early in the New Year and finishes near the end.

In a memo to city council delivered Friday, city staff outlined the first phase in the proposed boundary review – a process that may re-draw the boundaries of West Carleton-March. Although, neither Coun. Eli El-Chantiry or Mayor Jim Watson think that will happen.

Last June, the Finance and Economic Development committee (FEDCO) approved a staff recommendation to undertake a request for proposals to retain an independent consultant to review the boundaries of Ottawa’s 23 wards. As the boundary review falls under the 2020 budget year, the outcome for the request for proposals wasn’t brought forward for consideration until the New Year. The last City of Ottawa boundary review happend in 2005.

Staff will then form a draft boundary map based on the input received from both the public consultation and the city-hired independent consultations.

“Following another round of public consultation regarding the new ward boundary options, including further consultation with all members of council, it is anticipated that a final report with recommendations regarding new ward boundaries will be (available to be) considered by council in the fourth quarter of 2020.”

Staff submitted a report to council last week called the City of Ottawa Ward Boundary Review (2019-2029) with a timeline and greater details of the project.

“As described in the staff report the ward boundary review provides an opportunity to establish ward boundaries in time for the 2022 Municipal Elections,” staff said. “Further details with respect to consultation with members of council and members of the public will be provided in the New Year.”

West Carleton Online spoke with both Coun. El-Chantiry and Mayor Watson June 7 at the Mayor’s Rural Expo at City Hall on the proposed boundary review and what it might mean to West Carleton.

Ward 5 has the smallest population of all the wards and shares borders with the heavily populated Kanata North Ward. Boundary review always considers the population load on individual councillors and regularly looks to ‘even up’ that distribution.

Neither the councillor or mayor expect the ward boundary review process will have much of an effect on West Carleton.

“There is no appetite to reduce the rural ward,” El-Chantiry told West Carleton Online at the time. “As you can appreciate my ward, West Carleton-March is larger than the City of Calgary by 50-square-kilometres. It takes me an hour and 15 minutes to go from one end to the other. We are a very diversified ward. Farmland, agriculture, you name it. We have growth in small towns, rural economic development, so to suggest amalgamation or get lumped with some urban residents, that would really lose the flavour, not the identity so much, but the culture of West Carleton.”

Rural residents fear the adding of urban populations upsets the political balance and renders rural voices silent in elections. Residents saw this in both the recent federal and provincial elections when a large chunk of Kanata was added to West Carleton’s riding under the name Kanata-Carleton. It was easier, more time efficient with a bigger payoff for politicians to focus their door-knocking in the dense Kanata sections of the riding during the election campaign. It meant the urban demographic’s issues were more valuable.

Mayor Watson said the process will not add councillors to the city but says will respect Ottawa’s rural areas as well.

“What we’re trying to do is rejig the balance where a ward like Barrhaven has 50 or 60,000 people and another ward might have 25 or 30,000,” Watson told West Carleton Online last June. “So, can we tweak it and at the same time keep the rural character of the four rural wards? I’m very much committed to that. So, it may mean a portion of one ward adds on to another ward, but I would very much want to ensure the majority of the people in a rural ward are rural residents.”

“I can advise that Beate Bowron Etcetera Inc., in association with The Davidson Group and Hemson Consulting Ltd., has been selected as the successful proponent for the ward boundary review,” city clerk Rick O’Connor said. “This follows council’s approval in the 2020 budget of the financial implications resulting from the outcome of a recent Request for Proposal (RFP) process undertaken in accordance with council direction, as described in a Sept. 13 memo to council.”

The consultant team, led by Bowron, will be responsible for conducting the ward boundary review, including broad engagement and consultation with members of the public, members of council, communities and key stakeholders, and developing ward boundary options and recommendations for council’s consideration.

“The successful proponent’s bid received the highest technical and financial scores among two RFP responses reviewed and evaluated by designates for the city clerk, the city solicitor and the general manager, Planning, Infrastructure and Economic Development Department, supported by the Supply Branch of the Corporate Services Department,” O’Connor said. “The Davidson Group and Beate Bowron Etcetera are leaders in preparing ward boundary reviews in Ontario. They first developed and applied their successful approach to reviewing ward boundaries during the 2005 City of Ottawa Ward Boundary Review.”

All three principals for the Ottawa Ward Boundary Review have over 30 years’ experience, are Registered Professional Planners in Ontario and have successfully defended their work before the Ontario Municipal Board (now Local Planning Appeal Tribunal) and the courts. 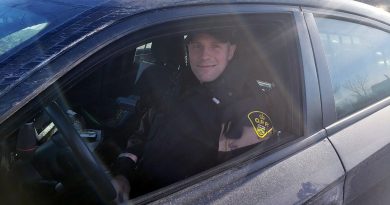 A Day in the Life: OPP’s Childerhose on patrol on the highways 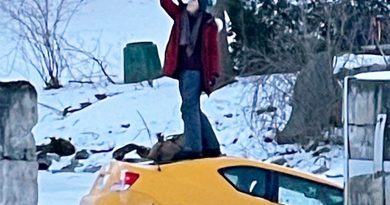