The committee has decided not to oppose it, but rather register concern.

The project proposed by Canadian Nuclear Laboratories (CNL), which is currently being reviewed by the Canadian Nuclear Safety Commission, would move the existing waste at the site adjacent to the Ottawa River into an engineered storage facility one kilometre away from the water. Wastewater would be treated on site before being released into the environment. The facility would have a life of 550 years.

Bay Ward Coun. Theresa Kavanagh originally wanted council to fight the proposed facility, but presented a replacement motion to the standing committee after city staff said the project could bring better protections for the Ottawa River.

CNL also wants to complete decommissioning of the nuclear demonstration facility in Rolphton, Ont., along the Ottawa River northwest of Chalk River, by filling and sealing the underground infrastructure with special grout.

CNL is run by a private consortium led by SNC-Lavalin.

“The Chalk River site is located outside of the City of Ottawa’s source water protection zone and deemed low risk to Ottawa’s water supply. To further mitigate potential future risks, city staff will submit a list of questions and concerns for consideration during the project’s public review period,” city staff said.

The city’s areas of concern include:

Recommendations from today’s meeting will rise to council on April 14. 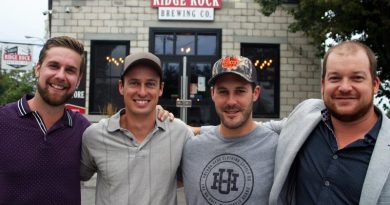