WEST CARLETON – City of Ottawa officials briefed the media on flood conditions and the municipality’s readiness for such an event if flooding occurs yesterday (April 4).

Warmer temperatures are on the way for the weekend, which has put the city on a flood watch.

A flood briefing was held at city hall Thursday, a process the city started following the floods of 2017 that saw communities in Constance Bay and Cumberland under water.

At the time, the city said they are no major concerns though residents in low-lying areas along the Rideau River may notice some seasonal flooding.  If conditions worsen, the city will have nearly 300,000 sandbags available.

The Weather Network is forecasting double digit temperatures on both Saturday and Sunday before the rain begins on Sunday night. 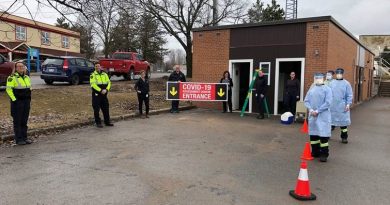