OTTAWA SOUTH – One young man is dead after a shooting yesterday (Nov. 27) in south Ottawa.

Ottawa Police Service’s Major Crime unit is confirming the identity of the deceased male as Ashor Anwia, 24 years old of Ottawa. Major Crime officers are investigating the homicide of a man following a shooting near Blohm Drive and Woodbury Crescent at approximately 2:44 p.m. Wednesday.

“Frontline officers responded to the area and located a male, in his 20s, with life-threatening injuries,” the OPS released in a statement. “He was transported to a local hospital by Ottawa Paramedics He succumbed to his injuries.”

The investigation continues. No further updates available at this time.

NEPEAN – Ottawa Fire Service (OFS) firefighters responded to a fire at 32 Granton Ave. yesterday evening (Nov. 27) after receiving a 911 call from the homeowner stating their home was filling with smoke.

An investigator was dispatched to the scene at this time and no cause or dollar loss is available at the time of this release.

“On Tuesday evening at 9:30 p.m., frontline officers located, in the Bank Street and Hunt Club Road area, a vehicle reported as being stolen from Brockville,” the OPS released in a statement. “Officers tried to conduct a traffic stop, which led to a pursuit. The stolen vehicle was lost in the area of Fisher and Baseline Roads.”

Officers and K9 later located the vehicle in the Merivale area. A K9 track was engaged, successfully locating the driver and a passenger.

Andrew MacIntyre, 33 of Brockville, is facing a charge of:
•       Breach of Probation

Joey Lloyd Edgerton, 42 of Brockville, is facing charges of:
•       Dangerous Operation of a motor vehicle
•       Flight while pursued by peace officer
•       Possession of property obtained by crime
Edgerton also faces other offences from unrelated investigations. Marissa Wooley, 27 of Brockville, was released unconditionally.

The OFS received two 911 calls from nearby witnesses reporting smoke and flames from the roof of a business at 1910 Innes Rd., the Sushi Kan restaurant.

“Upon arrival, the first responding apparatus confirmed flames coming from the roof of the business and declared a working fire,” the OFS released in a statement. “The fire was reported to be from the ventilation stacks of the building, and it appears to have started in the ventilation system.”

The fire was quickly brought under control at 1:25 a.m. And a loss stopped declared at 2:34 a.m. A fire investigator was on scene to determine the exact cause. The OPS and Ottawa Paramedics Services were also called to the scene to assist.

VANIER – The OPS’ Robbery Unit is seeking public assistance in identifying a male suspect involved in a robbery on Lacasse Avenue.

On Wednesday, Aug. 28, a lone male suspect entered a convenience store located in the 300 block of Lacasse Street and committed a robbery.

He left the area with undisclosed items.

He is described as an indigenous male, approximately 25-years-old, wearing at the time, a red Chicago Bulls hat, a white/black t-shirt and black shorts.

He also has a distinctive neck tattoo.

Anonymous tips can be submitted by calling Crime Stoppers toll-free at 1-800-222-8477 (TIPS), or crimestoppers.ca.

BYWARD MARKET – The OPS Robbery Unit is looking for public assistance in identifying a male suspect involved in a robbery in the central area of Ottawa.

“On Friday, Oct. 25 at approximately 1:09 p.m., a lone male suspect entered a financial institution in the 200 block of Rideau Street and made a demand for money,” the OPS released in a statement.

“He left the area with an undisclosed amount of money.”

He was wearing a black Adidas baseball hat, black parka with fur on the hood, grey hoodie with possibly Arizona written across the front, black pants and black running shoes with white soles.

VANIER – OPS constables broke up a fight Monday (Nov. 25) but not before one of the combatants was stabbed.

OPS frontline officers came upon a fight in progress in the 100 block of Montreal Road, yesterday at approximately 9:11 p.m.

“Further investigation revealed a 23-year-old male victim had suffered a serious stab wound,” the OPS said. “He was transported by Ottawa Paramedics with critical injuries. He is now in stable condition.”

The OPS Central Criminal Investigations Unit has charged Kelly A Krewda, 29, and Eugene E Weekes, 54, both of Ottawa, with:
•       Assault with a Weapon
•       Aggravated assault
•       Conspiracy to commit an indictable offence

Krewda is also charged with:
•       Possession of a weapon

OTTAWA – The OPS Organized Fraud Unit has charged an individual after a renovation/construction scam was reported to them.

“Between November 2018 and June 2019 Linfra Developments Inc. fraudulently obtained funds in relation to renovation projects at various locations across the City of Ottawa,” the OPS said. “Funds were supposed to be used to pay for sub-contractors and materials at the project sites. However, this was not the case, as they were redirected for personal use. More than $250,000 was obtained.”

The Ottawa Police is looking for assistance with possibly identifying additional victims of fraud in relation to Linfra Developments Inc. for the time frame of November 2018 to June 2019. If you have information that could assist the OPS Organized Fraud Unit please call 613-236-1222 ext. 7300 to make a report. Anonymous tips can be submitted by calling Crime Stoppers toll-free at 1-800-222-8477 (TIPS), or crimestoppers.ca. 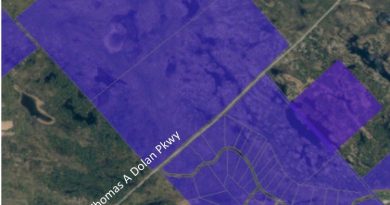