KANATA – Last night (Aug. 30) the Community Association for Environmental Sustainability (CAFES) Ottawa hosted its second of three mayoral debates on the environment, and free public transit was the key discussion.

CAFES Ottawa is hosting a series of three Mayoral Debates on the Environment in different parts of the city.

The first one was held Tuesday, Aug. 16 in Barrhaven. Last night the Walter Baker Centre hosted the debate with the final one scheduled for Wednesday, Sept. 7 in Orleans.

The focus of each debate is on the environment and one of the key issues discussed last night was the idea of ‘free transit’ or more accurately tax funded operation of the transit system as opposed to user fees.

This morning (Aug. 31) mayoral candidate Mark Sutcliffe went on the offensive asking if one of his opponents and current city councillor, Catherine McKenney, is “misleading Ottawa voters about the cost of free public transit?”

“Despite advocating for ‘free’ transit, McKenney now says it’s not part of their plan,” Sutcliffe’s campaign team released in a statement today. “Is Catherine McKenney trying to hide their support for taxpayer-funded ‘free’ public transit from Ottawa voters?”

Early front-runners in the nine-person race for the soon-to-be vacant mayor’s chair are McKenney, Sutcliffe and Bob Chiarelli.

In response to a question from another candidate at last night’s debate, the mayoral candidate claimed taxpayer-funded “free” public transit – which would add as much as $1,000 to the property tax bill of Ottawa residents every year – would not be a part of their plan.

In July 2022, McKenney said “we have to move toward free transit” to help make the city “connected.”

Four months ago, McKenney wrote an article headlined “The Case for Fare-Free Transit.”

A report in July indicated free public transit would cost Ottawa households approximately $500 to $1,000 in extra taxes each year.

“When confronted with the true cost, McKenney reaffirmed their support, saying ‘we’ve got to have that conversation’ and supported a million-dollar study to look at the feasibility of free public transit,” Sutcliffe said. “Why would McKenney support a million-dollar study for something they now say they do not support? Why are they now misleading Ottawa residents about where they stand on free’ public transit? Ottawa is facing an affordability crisis. Free transit isn’t free. It costs taxpayers millions of dollars. We need more reliable transit, including light rail that works and improved bus service. And we need honesty from politicians about their plans.” 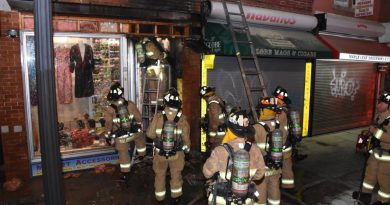 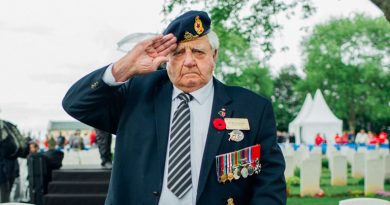 Armitage to receive Order of Ottawa