FITZROY HARBOUR – It was a short season, meaning every game mattered, and Bren Electric took home the Harbour Ball championship in the league’s milestone 40th year.

Todd Wilson had the start and threw three shutout innings for Bren, with Adam Rueckwald also throwing shutout ball over the next four frames. Shawn Ryan had the start for Murphy’s allowing three runs over the first four innings, and Ryland Hill was in for three innings allowed two more runs.

Bren got on the board early with three in the top of the first. Ben Wade walked, Rueckwald reached base on catcher’s interference, bringing Ryan Conners to the plate who blasted a three-run homer to centre field.

The Electricians added to the lead scoring two off the Plumbers in the top of the sixth inning. Wade got on with a bunt single and scored on a triple by Rueckwald’s. Rueckwald later scored on Conners’ ground out to the pitcher.

The Fitzroy Harbour Men’s League had five teams this year after taking 2020 off due to the pandemic. Bren Electric didn’t lose a game all year, winning all eight Harbour Ball games they played.

WEST CARLETON – The Greater Ottawa Fastball League (GOFL) playoffs are set to go tonight (Sept. 23) in Manotick, weather permitting, after packing it in early last night, because the weather did not permit.

The regular season wrapped up last week, and the West Carleton Electric (3-7) finished the season on a high with an 8-5 win over the Manotick Brewers (5-5) on Sept. 15. While the win didn’t move the team in the standings it did snap a five-game losing streak the ‘Trics were mired in.

The Electric ended the regular season in last place in the six-team GOFL, tied with the Orleans Rebels (3-7).

The playoffs are a double-knockout format with the top two teams, the Kars Aces (8-2) and the Micksburg Twins (7-3), getting a bye in the first round.

The playoffs were set to start last night, but were rained out, and there is a risk that may happen tonight as well.

The first game of the playoffs will see the Orleans Rebels play the Ottawa Valley A’s at 7 p.m. at the Manotick Community Centre. The second game of the double header features the West Carleton Electric taking on the Manotick Brewers.

Game three of the GOFL playoffs will go Monday, Sept. 27 in Manotick and the Aces will take on the winner of the first game tonight. The winner of the Electric vs. Brewers game will head to Micksburg Monday to battle the Twins. 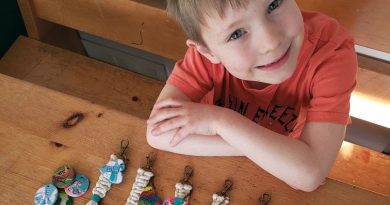 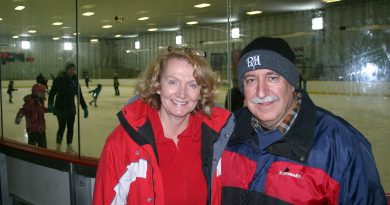 Eli on the election