CONSTANCE BAY – Branch 616 has come up with an innovative, popular and tasty way to keep the lights on as it navigates its way through the COVID-19 pandemic and terrible economic fallout because of it.

For months the West Carleton Royal Canadian Legion, Branch 616, has been cooking dinner for the community on Friday nights. The program is called Meals to Wheels and has sold out every night its been held.

“(Branch 616) is one of the success stories,” Van Snick said. “The ones who have been thinking outside of the box have been doing well.”

Wednesday, March 17: In honour of St. Patrick’s Day, Irish/Canadian stew with potatoes, onions, veggies, loaded with beef, cabbage on the side, bread, green dessert. $15, 5:30pm pick up. Cash or card.

Provincial Offences Act Court online services can save you a trip 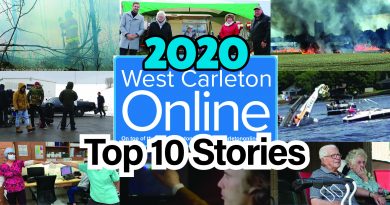