CONSTANCE BAY – The West Carleton Royal Canadian Legion, Branch 616, will remain closed for the time being but will host a fundraising golf tournament to raise badly needed funds on Oct. 1.

“Branch 616 remains closed for the present but the executive met on Aug. 27 to discuss reopening and other concerns,” Branch 616’s public information officer Arlene Morrow released in a statement yesterday (Sept. 6). “The consensus is to open in late September on Tuesdays, Thursdays, and either Fridays or Saturdays.”

Another meeting will be held to firm up or alter these plans.

“Volunteers are working to make sure the branch will be in compliance with the government’s safety measures regarding COVID-19,” Morrow said.

Sports Officer Tom Watters has presented plans for the golf fundraiser in honour of the late comrade Alf Currie.  It will be at the Copperdale Golf Club on Saturday. Oct. 3. Entry fee will be $60 walking and $70 with a cart. Hamburgers and sausage on the bun will be available back at the branch.

The 2021 Branch 616 membership renewal package has been received and renewals can start this month. The Earlybird Membership Campaign usually starts in September and is in effect until November 30.

Earlybirds get rewarded by having a chance to win their membership fee back. Please contact Branch 616 Membership committee chair Kevin Johnson at 613-832-3170 for info including how to submit your dues online.

“Mike was a great supporter of the Legion and the community, having been elected president of the branch twice and on the community centre executive many times,” Morrow said. “He produced a great website and newsletter during his tenure at the branch.”

Demers passed away on Aug. 10 after a courageous battle with cancer. 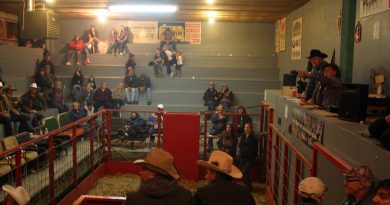