ARNPRIOR – While facilities are open, programming remains on hold for now.

The Town of Arnprior is consulting with neighbours far and wide, but ultimately has to make its own decisions on which recreation programs are offered in Stage Two of reopening- and further afield.

Recreation director Graeme Ivory says Arnprior will not be offering the original scheduled summer programming or Camp Wanago for the months of July and August.

At present, town parks, trails and sports field are open for public use.

Ivory asks users to respect the Public Health authority’s measures with respect to the size and make-up of your group and maintain a two-meter distance from other people.

The use of play structures, slides and swings remain prohibited under the emergency provincial order.

Ivory says as things change, information will be available through the Arnprior Life Facebook Page (www.Facebook.com/ArnpriorLife) and the town app. 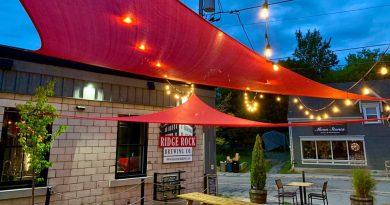 WC patio season is nigh