ARNPRIOR – Arnprior is on the hook for $1.2 to $1.4 million dollars for the purchase of a new aerial truck for the Arnprior Fire Department.

Fire Chief Jeff Crawford and a delegation of his crew attended Monday’s (Sept. 10) council meeting to explain the truck the department currently had won’t make it to 2022 as planned. Crawford says Arnprior spent more than $44,000 and cut away 16 feet of deficient ladder-length to keep the aerial truck in service back in 2016, to no avail.

“It was hoped at that time the ladder would last three or four more years so we could afford to purchase a ladder outright,” the chief said. “The ladder again failed testing in 2018 and it’s no longer repairable.”

Staff and elected representatives crunched the numbers at Monday’s meeting, and came up with a plan to move some money from 2022 back to this year, sell some old units as spare parts, and take a ten-year loan from the province to pay for the new vehicle. 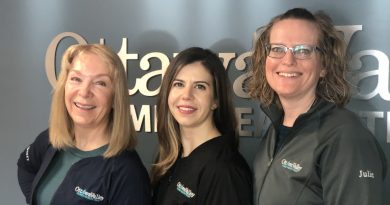 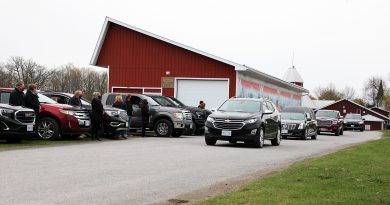