OTTAWA – The city’s chief medical officer of health told city council yesterday (April 8) there could be as many as 34,000 residents with COVID-19 as Ottawa Public Health starts looking at its exit strategy.

There needs to be an assurance the local healthcare system can handle a rise in coronavirus cases, which could happen again if measures are relaxed; and

The healthcare system needs more laboratory capacity for testing in order to be able to more easily find and track COVID-19 cases.

In the meantime, the Chief Medical Officer of Health said polls show 85 per cent of Ottawans are doing their part to stop the spread of COVID-19. That means the vast majority are taking proper physical distancing measures and limiting trips to grocery stores.

“We use a London School of Hygiene and Tropical Medicine model, which is publicly available, which is predicting right now, the number of cases in Ottawa is likely between 11,000 and 34,000,” said Dr. Etches.

She explained the more COVID-19 testing that can be done locally, the more our ‘curve’ will change, but for now she sees the most important numbers being local coronavirus-related hospitalizations and deaths.

“Do we see a sustained decrease in hospitalizations over a two week period, which is the incubation period for the infection? I think that would be a sign that we are really making progress,” Dr. Etches said.

As of Tuesday afternoon, Ottawa Public Health had confirmed 36 people in hospital, 14 in intensive care and six dead due to COVID-19.

The new cases represent an 11.6 per cent increase over Tuesday’s total cases.

The number of people in hospital dropped since Tuesday, from 614 to 605, but more people are now in intensive care and on ventilators.

Ontario put out a wartime-like plea Tuesday to press anyone in the province with health-care experience into service, as the first Ontario-made personal protective equipment rolled off the lines following a similar call to action to businesses.

Ford announced the opening of an online portal through which people with medical training can be matched with jobs in order to increase front-line capacity in hospitals, clinics and assessment centres.

“Join the fight today, because we need every person in Ontario in this fight,” Ford said. “We need an army of 14.5 million people. Whether it’s staying home, working in our hospitals or long-term care homes, or putting food and medicine on our shelves, we’re all part of this and with your help we will win this battle and our province and our economy will come back stronger than ever before.”

Health Minister Christine Elliott said people who should look at the health-care portal include retired people, students, and people who were trained in other jurisdictions — though she suggested foreign credentials may not be immediately and fully recognized.

“What we’re trying to do is match the employer’s needs with the skill set of the person that’s coming forward,” she said. “They may or may not, depending on their skill sets, their experience and so on, be able to practice medicine, but they certainly will have a place in our health-care system.”

The jobs will come with pay, Elliott confirmed.

Ford also announced Tuesday (April 7) the first made-in-Ontario face masks are ready, one day after he warned that the province would run out of personal protective equipment in a week.

Ford was at the Woodbridge manufacturing facility in Vaughan, ON where the first 1,000 Level 3 masks have been produced.

He lauded the work of the company, together with the Automotive Parts Manufacturers’ Association, to retool their factories and get the required approvals to manufacture masks for front-line workers.

The company hopes to eventually produce one million masks per week and have the product certified as N95 masks to be used in all health-care settings. Woodbridge will be making the masks at its facilities in Vaughan and Kitchener.

Ford has blamed supply shortages on a combination of delays in global shipments, domestic manufacturing lag time and U.S. restrictions.

Late Monday (April 6), manufacturer 3M reached a deal with the White House to continue sending masks to Canada, shortly after U.S. officials held up a shipment of 500,000 masks.

Ford called that a positive development, and along with the Woodbridge masks now being produced he said Ontario’s personal protective equipment situation is better, but the province still needs supplies through the federal government and clarification on the 3M agreement.

“The numbers are so fluid,” Ford said.

“We could get a shipment of 100,000 masks in one day and it moves the needle. We have people donating every single day, but if you’re asking me is today better than yesterday, the answer’s yes.”

There are at least 51 long-term care homes in Ontario with one or more cases of COVID-19, with a total of 850 reported cases, and there have been at least 69 deaths in those institutions.

About 45 per cent of all of the deaths in Ontario have been long-term care residents, according to government data.

A spokeswoman for Elliott said Ontario’s capacity is at 13,000 tests per day now, but only about 3,500 are being submitted through assessment centres.

“This surplus in capacity means that we can now look at testing more people, particularly priority populations, including health-care staff, residents and staff in long-term care and retirement homes and Indigenous communities,” Hayley Chazan released in a statement. 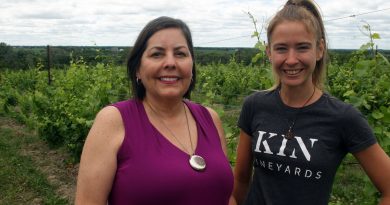 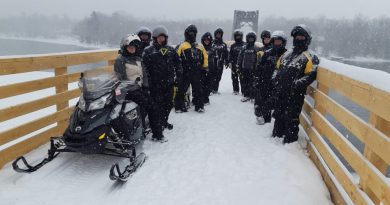