The median age of cases is 50 years with a range from one to 105 years.

Ottawa Public Health (OPH) is reporting seven COVID-19 deaths, all in a single day, were all in long-term care or retirement homes.

OPH said Friday’s numbers were likely due to an increase in testing and possibly expanding testing recommendations.

According to OPH numbers, 42 per cent of confirmed cases in Ottawa have been resolved. The number of hospitalizations sit at 37 per cent and ICU at 13 per cent.

“There would be more cases of COVID-19 in our community had everyone not done their part over the past month,” OPH said. “Please keep up this hard work over the next stretch of time. Thank you again for all the actions you are taking as a community – these actions are saving lives.”

Ottawa’s recent weekend numbers are not yet available, however, as of 4 p.m.

There are 106 outbreaks in long-term care homes across the province, 20 of which are in Ottawa, according to OPH.

The number of cases under investigation across the province has now crossed the 10,000 mark.

Ontario is reporting another 568 cases of COVID-19 and 39 more deaths related to the virus today (April 19).

The province now has a total of 10,578 confirmed cases and a death toll of 553. Health officials have marked 5,209 cases as resolved. There are currently 809 people in hospital with the illness, and 247 are in intensive care.

Most of the patients in intensive care are also using a ventilator. Health officials are set to present new projections about the spread of COVID-19 tomorrow.

Just more than 55 per cent of cases are in the GTA.

OTTAWA — Despite losses of approximately $1 million a day as a result of the ongoing COVID-19 pandemic, the City of Ottawa remains in a good financial position, according to Mayor Jim Watson.

Watson says the city has healthy reserves and triple-A credit, and even though Ontario has yet to make a decision on whether or not to allow municipalities to run deficits, Watson doesn’t see it as a route Ottawa would take.

The mayor believes running a deficit could help some municipalities but he thinks being forced to balance the budget could actually help the City of Ottawa.

“Having that restriction really ties our hands, in a good way, so that we don’t spend out of control and every fiscal year end … the books have to be balanced,” Watson explains.

British Columbia made the decision this week to become the first provincial government in Canada to allow its municipalities to run deficits due to ongoing challenges presented by the COVID-19 pandemic.

ONTARIO — The Ontario government is committing $20 million to Ontario researchers working on a vaccine for COVID-19.

Ford warned life won’t return to normal without a vaccine.

“Until we find a vaccine, going back to normal means putting lives at risk,” Ford said during his daily press conference. “Letting our guard down means potentially exposing millions of people to the virus.”

Ford has said “encouraging” new projections about the spread of COVID-19 are set to be released on Monday but added loosening restrictions will be a methodical process that will be “twice as hard” as the current lockdown.

“I’m not rushing into this and not opening up the floodgates,” Ford said.

Health Minister Christine Elliott added easing restrictions too quickly would put the province at a risk of an explosion of cases.

Health officials reported another 36 deaths related to COVID-19 on Saturday, bringing the toll to 514.

There are 250 people in intensive care with the virus, most of whom are on a ventilator.

The premier touted Ontario’s history of medical accomplishments — including discovering insulin and pioneering open-heart surgery — as reasons why researchers in the province could find a vaccine.

Researchers in the province have already made progress in vaccine research and a team from Sunnybrook Research Institute has isolated the virus, which is one of the first steps in producing a vaccine.

Ford said multiple universities are also working together to acquire blood samples from people who have recovered from COVID-19.

However, the provincial opposition said the Ford government slashed $25 million from the provincial Health System Research fund one year ago, a move they say set researchers back.

Ontario’s chief medical officer health said while cases are increasing at a relatively low rate of five per cent per day, he wants to see the number drop lower before restrictions are eased.

However, Dr. David Williams said it was encouraging to see that cases are not increasing by 13 per cent per day, as they were a few weeks ago.

“It means the distancing we have is limiting the spread,” said Williams.

Williams said the decision to re-open businesses will take place on a case by case basis and will take into account which businesses can uphold physical distancing measures while operating.

KANATA – In a move to address COVID-19 in Ottawa, the Queensway Carleton Hospital says it will be opening 16 alternate level of care (ALC) beds on a dedicated floor at the Fairfield Inn & Suites in Kanata.

“Should this step be needed as part of a regional response,” spokesperson Ann Fuller said.

The alternate site would be staffed and appropriately retrofitted to meet the care needs of low-acuity, low-risk ALC patients, Fuller confirmed Saturday.

The decision to move patients would be made with careful consideration, with a focus on those patients whose acute care needs have been met and who can be safely cared for in an alternate environment.

The site could accommodate up to 40, Fuller said. 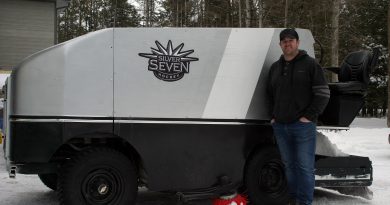 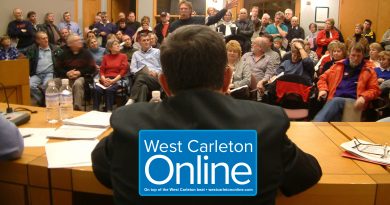