OTTAWA – The AstraZeneca COVID-19 vaccine will be available at 39 pharmacies across Ottawa and the Valley starting as early as Saturday (April 3).

The province announced it’s expanding its pharmacy COVID-19 vaccine program in to 350 locations across Ontario in a statement today (April 1).

All these locations are expected to offer the AstraZeneca vaccine to residents aged 55 and over, with some locations offering the vaccine as early as Saturday, April 3.

Participating pharmacies within the EOHU region include:

ONTARIO – Admissions to intensive care units (ICU) across Ontario continued to climb today (April 1), as the province hit a record high since the start of the pandemic.

A daily report by Critical Care Services Ontario, which tracks hospitalizations, states 430 people are currently in the ICU with a COVID-19-related critical illness, up from 421 the Wednesday.

“This is the new highest number of COVID patients in critical care in this pandemic,” Anthony Dale, the president of the Ontario Hospital Association, released in a statement.

In a letter to the Ford government, 153 ICU physicians said the province is at a “critical point in the pandemic” and new public health measures need to be implemented immediately.

The physicians noted that variants of concern have been quickly spreading across Ontario, which has impacted ICU capacity.

“About four in 10 patients who come to the ICU with COVID will die,” the letter reads. “We are seeing younger patients on ventilators—many are parents of school-aged children.”

Earlier this week, the Ontario COVID-19 Science Advisory Table said in its report ICUs have been facing a capacity crunch.

The report noted that 46 per cent of ICU admissions between March 15 and March 21 were people aged 59 and younger. 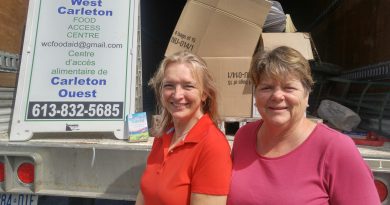