OTTAWA – An American was charged with breaking Canada’s Quarnatine Act in Ottawa and is now facing charges after allegedly breaking quarantine after arriving in Ottawa.

“On Jan. 13, the Ottawa Police Service (OPS) received a public complaint concerning a man that had disobeyed the Quarantine Act,” the OPS released in a statement today (Jan. 15). “Information was received indicating that a United States resident had travelled to Canada.  He arrived in Canada on Jan. 6 and was required under the act to quarantine until Jan. 19, in Ottawa.”

Since the man arrived in Ottawa from the U.S., he was visited on several occasions and for extended periods of time by an Ottawa resident.

“The 62-year-old man, of El Cajon, California, was charged with failing to comply with entry condition (self isolate for 14 days) of the Quarantine Act, specifically not having visitors and limiting contact with others in your place of quarantine/isolation.

The man’s visitor was issued a verbal warning.

The Ottawa police did not release the names of those involved.

Non-compliance of the City of Ottawa Mandatory Mask Bylaw or provincial public health measures and restriction such as gathering limits should be reported to the City of Ottawa Bylaw Services (311). Anonymous tips can be submitted by calling Crime Stoppers toll-free at 1-800-222-8477, or crimestoppers.ca. 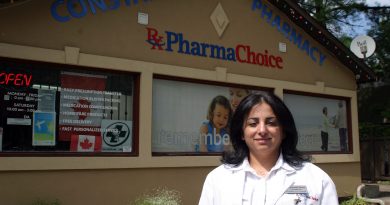 Pharmacy a return to industry roots 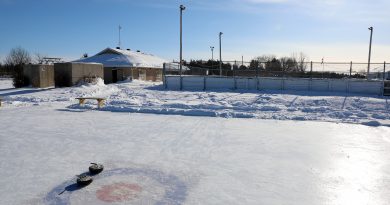 CARHA contest could earn $1,000 for your community ODR