West Carleton Online’s age policy is based on a short visual test. If we believe an individual is 18-years-old or younger we ask their age and publish it. Generally speaking, for safety reasons, if we believe someone is older than 18 we do not ask them their age (except in special cases such as athletes, profiles, age is relevant to the story, et.). A quick visual inspection leads us to believe Coun. Eli El-Chantiry is turning an age older than 18 today.

El-Chantiry turns 64 today, born in 1957 in Kab-Elias, Lebanon. El-Chantiry moved to Canada at 18 became a businessman running restaurants including the Lighthouse Restaurant in Constance Bay for many years. El-Chantiry was the first publicly elected Ward 5 City of Ottawa councillor in 2003 replacing retiring councillor Dwight Eastman who was Mayor of West Carleton prior to amalgamation in 2020. El-Chantiry has won five elections in the ward since 2003 including the most recent in 2018.

Kanata-Carleton MP Karen McCrimmon had a birthday message for the birthday boy.

“Happy Birthday Eli El-Chantiry,” McCrimmon released in a statement today (April 23). “Thank you for everything you do in West Carleton. Your leadership in our community means so very much to so many.” 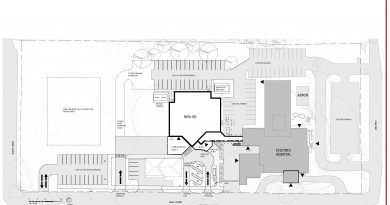