Mark Beverley Stanton passed from this world on the afternoon of October 22, 2018 in the company of his children Joanne and Jonathon following a long struggle with leukemia. His laughter, quick wit and perpetual music soundtrack will be missed throughout the valley. A connoisseur of music and analogue stereo systems, smoking, coffee, fast cars, fishing tackle, bicycles, euchre, cross-country skiing, a caesar, beer or rye; he was never one to shy from a party. His first love was a bicycle, touring the Quebec countryside with his banty rooster on the handlebars. From two wheels to four, Mark began building customized cars for the drag racing circuit as one of the Valley Racers. This love for speed ultimately led to meeting his wife Valerie, after needing a tow from a swamp. Born July 8, 1944, Mark is predeceased by his mother Loretta Ballard (née Rougier) and father Beverley Stanton both of Pontiac, Quebec. He will be missed by his son-in-law Andrew Green, grandchildren Neltje, Robin and Faye as well as sister Heather (Richard) Briggs. Our sincere thanks to the Hospice Renfrew community for making Mark’s end of life care so full and dignified. In the professional care of the Pilon Family Funeral Home and Chapel Ltd., 50 John Street North, Arnprior 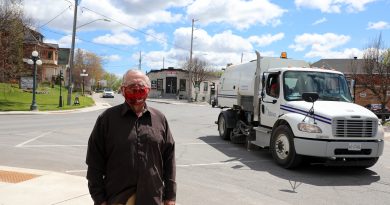 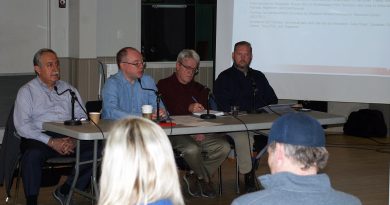