With heavy hearts we announce that our family circle was made smaller by one on Wednesday afternoon, February 6th, 2019 as Kim left us to join her daughter, Allissa, our Mom, Elizabeth, Dad, Elwood, brothers, Robert and Elwood Jr., sister, Diane Blaskie (Martin) and the many who have gone before her. She was 54.

Also survived by many other great-nieces and nephews. Kim’s final care has been entrusted to the Pilon Family Funeral Home and Chapel Ltd., 50 John Street North, Arnprior where visitation will be held on Saturday afternoon, February 9th from 1 to 3 p.m. only. In memory of Kim, please consider a donation to the Royal Canadian Legion, Branch 174, Arnprior. 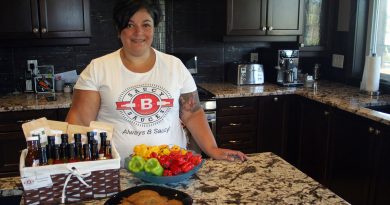