Jack died Wednesday, December 27, 2018, peacefully at the Arnprior and District Memorial Hospital. He was 79-years-old.

Jack was born in St. Boniface, Manitoba Nov. 8, 1939. His family moved to Ottawa at a young age, he graduated from Fisher Park High School at the age of 16 with a full scholarship; spent a year at Queen’s University and graduated with a degree in electrical engineering from Carleton University.

He was a natural leader, fast tracking to supervisor during his summer jobs building roads and working on the railroads and honing his superior sales skills selling encyclopedias door-to-door. Jack went on to be a leader in Ottawa’s high-tech industry in the 1980s as well as a leader in his community.

In 1974, Jack co-founded Systemhouse Ltd. (SHL) along with several partners including John Kelly and Rod Bryden. SHL was one of the pioneering companies creating the foundation for Ottawa’s high-tech boom in the ‘80s. Jack was president and stand-in Santa Claus at the company Christmas parties from 1974 to 1983.  By the ’80s, SHL had grown into a global business with 4,500 employees. It was one of the earliest Ottawa tech companies to go public. Following his time at SHL, Jack went on to found Canadian Technology Marketing Group (CTMG), primarily a consulting and systems integration firm, in April 1985. In 1994, CTMG purchased the rights to a database product which formed the company ActiveSystems, 1994 to 1998. AMCon LLC and AMCon Research Inc. were formed in 1998.

During this time, Jack was also an active leader in his community. He and his young family moved to the Kinburn area in 1974. From there, Jack got involved in farming. His agriculture business included beef cattle, cash crops and horses. The beef market flattened and, Jack eventually narrowed his focus and built an equestrian centre on his property known as Caerleon Farms.

With his wife Carolyn, Caerleon Farms was a successful equestrian centre in the 1980s and 1990s. The farm hosted many, large equestrian competitions as well as providing financial assistance to several young athletes.

In 1981, Jack was elected president of the board for United Way – Ottawa. In his community of West Carleton, he was the Fundraising committee chair and leading donor for the project to build West Carleton’s first indoor ice pad where he also volunteered as a coach. The project was completed in the early ‘80s and was built entirely with dollars fundraised within the community. The W. Erskine Johnston Arena is still heavily used to this day.

His sense of humour, values and insistence on always looking forward will be missed forever by his children and grandchildren. His love for crossword puzzles were unparalleled. This past year, he enjoyed his weekly visits with his good friend Steve, golfing and euchre.

Thank you to Dr. Amanda Connell (WCFHT), Dr. Nejad, Dr. Suzuki and the staff at the ADMH for the care of Dad and for advocating his wishes.

In accordance with Jack’s wishes, his body will be cremated and there will be no public service held. 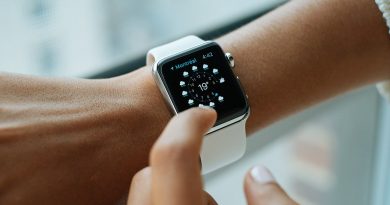