Don Deveau, best friend and much-loved husband of Niki Deveau, ran out of steam, in his 68th year, July 18, 2019, at the Civic Hospital, Ottawa.

He will be dearly missed by his brother Chris, dog Rosie, nephew Mike, nieces, Sarah, Jessica, and Karyn, mother-in-law Elizabeth, and all the rest of his family, in-laws, and friends.

Don was born in Ottawa in 1951 and left high school to join the armed forces. In 1969, he decided that army life was not the career choice for him and during the process of obtaining an honourable discharge he met his future wife Niki. They became best friends and then married in 1974. Don worked at a variety of jobs including the National Library of Canada where he indulged his love of reading.  Don then used experience gained in the army and took up driving since he had found he could drive just about anything, including tractor trailers and airport runway snow plows.

In 1977 he was between jobs when Rio Algom decided to reopen their Uranium mines in Elliot Lake and were actively looking for young men to train as miners. He decided to take them up on the offer of a job for life and moved to Elliot Lake. On his first day under-ground he met a kindred spirit, Tom Conlon (future husband of Niki’s sister) and they became best buds. Niki, and then their St Bernard Detour, followed and the three of them made a life in Elliot Lake. More big dogs (Maxine, Freckles and Muggsy) and many cats came into their lives.

Don was an employee of Rio Algom until the mines closed in 1996. He worked as a miner then trained as a heavy-duty diesel mechanic. When he was laid off he went back to truck driving and after a few years he and Niki, Muggsy and current cat Buddy, returned to the Ottawa area to start over.

In 2008 Don was forced to retire due to chronic pain caused by a neck injury at the mine. He continued to indulge in his love of cooking, music and mechanics and then took up a hobby growing extremely hot peppers. Never afraid to tell it as it is, he was a man who always stood by is word. Don was a born mechanic who could fix just about anything. He was passionate about motorcycles, music and shooting his black powder muskets.

In 2017 life caught up with Don and he developed serious health issues. Although he followed his new restricted diet his health issues gradually became worse culminating in two emergency surgeries (May and July). Finally, trapped in the Neuro Science Acute Care Unit for a week, with no foreseeable discharge date, his heart gave up the fight. There will be no funeral as per his wishes. For those who wish a donation to the CNIB or War Amps in Don’s memory would be appreciated by the family. 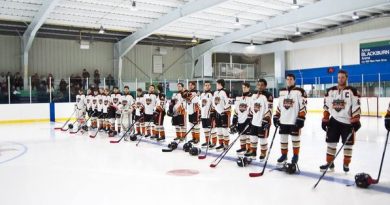 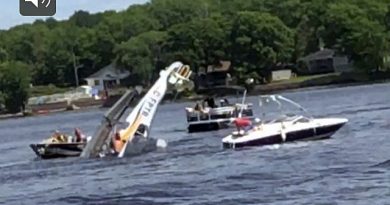