With great sadness, the loving family of Ann, announce her passing, peacefully at home on May 27, 2019, with her family by her side, at the age of 76.

Ann was born in Victoria, Newfoundland on December 28, 1942.  She moved to Toronto at the young age of 17 and began working in banking, where she continued throughout most of her career.  She met and married Gord in Toronto in 1964.  Work took them to many locations across Canada, finally settling to raise their children in Riverview N.B.  After retiring from the CIBC, Ann and Gord moved to Carleton Place to spend time with their family.  With their many moves, Ann left special friends all across Canada, from Toronto, Orangeville and Beckwith to New Brunswick, Prince Edward Island and Newfoundland.

Many thanks for the special care our Mom received from so many including Dr. Drake, Jessica and the nurses at Bayshore, Marjorie and the staff from the Mills, the UCW ladies, and the team at the Ottawa Civic Medical Day Care Unit that always were so kind to both our parents.

Ann was especially thankful to have been such a huge part of her five grandchildren’s lives.   She often said she couldn’t believe she was so lucky to be able to do that.  She was so very proud of the young adults they have become and the exciting paths that each of them is taking in their lives.  Ann was fully aware of the special place that she held in the lives of her grandchildren, children and their partners, as they showed her with their words, their actions, and their time.  Her heart was full, and she was so thankful.

A Life Celebration will take place July 6. If you so desire, a donation in her memory can be made to the Alpha-1 Antitrypsin Deficiency Canada Inc at alpha1canada.ca. 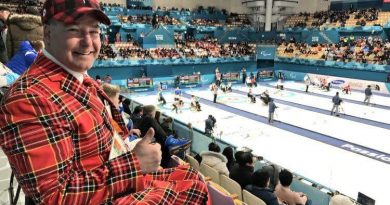 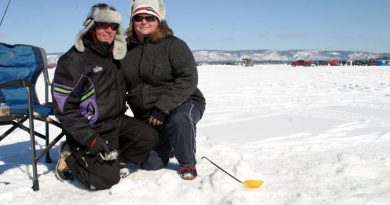